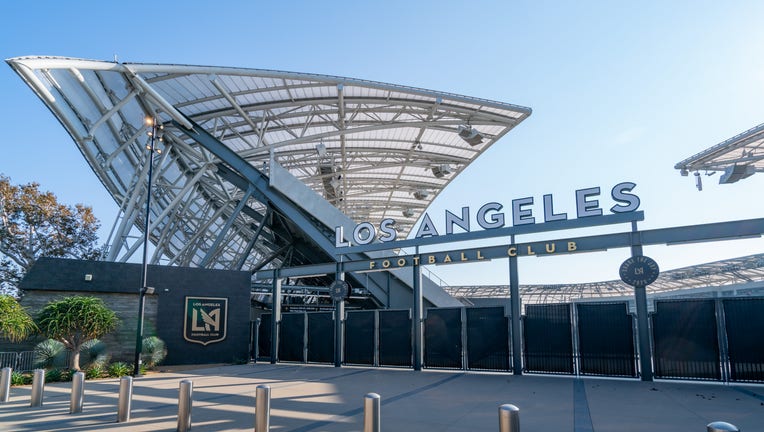 LOS ANGELES, CA - OCTOBER 09: General views of the Banc of California Stadium, home of the Los Angeles Football Club and host of the 2028 Summer Olympics on October 09, 2020 in Los Angeles, California. (Photo by AaronP/Bauer-Griffin/GC Images)

Founded by a high-powered, women-dominated lineup of celebrities and sports figures, including Oscar-winning actress Natalie Portman and tennis star Serena Williams, the team is scheduled to begin play in spring 2022.

"Announcing our venue partner is a major milestone for Angel City, and we could not be more excited than to play in this spectacular venue right here in the heart of Los Angeles,'' Angel City Football Club founder/president Julie Uhrman said in a statement.

"We are building a club for all Los Angelenos, united in their support of women's soccer and the magic that L.A. brings to its fans, players and teams.''

Women’s soccer team to come to LA in spring 2022

"We are thrilled to welcome our new partners, Angel City FC, to our family, to our home and to their new home,'' LAFC co-president Larry Freedman said. "We look forward to standing shoulder-to-shoulder with ACFC to create great experiences here in the heart of Los Angeles.''