The break in the water main was first reported sometime before 3 a.m. near 69th Street and Budlong Avenue in the Vermont-Slauson area.

The Los Angeles Department of Water and Power reported a break in an 8-inch cast-iron main, and said that 48 customers were affected. 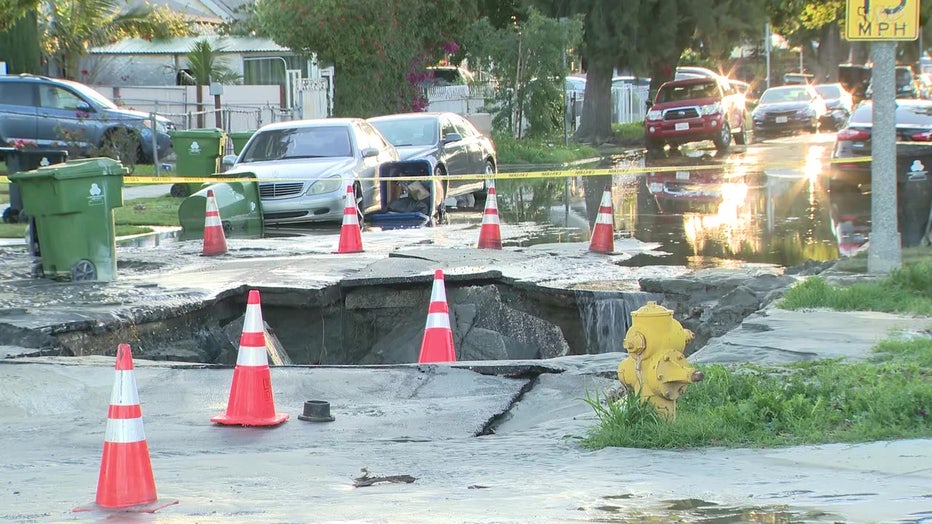 Budlong Avenue was closed between 68th and 70th streets while crews worked to repair the main, which could take until 4 p.m., the LADWP reported.

Several blocks of the neighborhood were flooded by the break, and a large sinkhole appeared after a few hours.

The cause of the break was not immediately known.