A Hollywood Hills neighborhood is on edge after a woman was sexually assaulted during an early morning walk.

LOS ANGELES - Police are asking for the public's help in identifying a man accused of sexually assaulting a woman in the Hollywood Hills.

The woman was walking in the area of North Bronson Avenue and Hollyridge Drive, near the 101 Freeway, at about 6 a.m. Saturday when she was assaulted by the suspect, according to the Los Angeles Police Department.

"As the suspect tried to remove the victim's clothing, she fought him off," the LAPD reported. "The suspect sprinted away into a neighborhood in an unknown direction."

The suspect was described as a white male, 6 feet tall, about 170 pounds, with blonde curly hair and blue eyes. Surveillance cameras in the area captured several images of the suspect, and the LAPD reported he "appeared to be masquerading as a jogger prior to the assault." 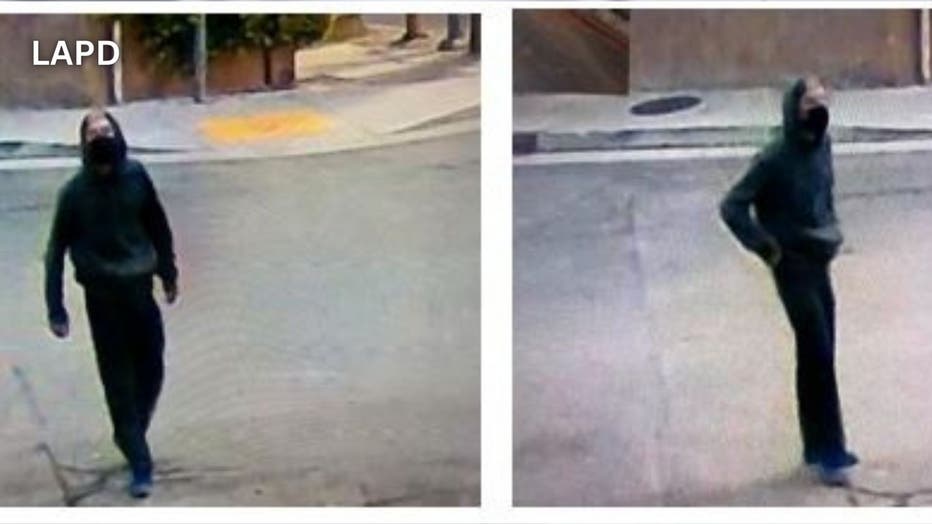