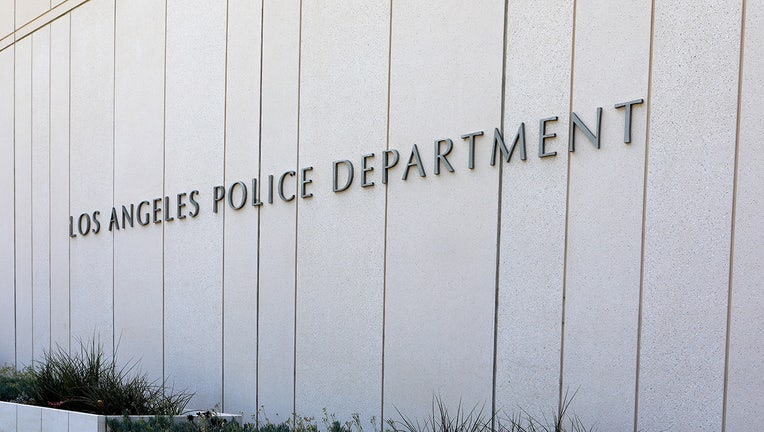 LOS ANGELES - As Los Angeles Police Department Chief Michel Moore announced an expansion of an internal probe into allegations of officers falsifying data collected during traffic stops, the city Police Commission Tuesday called on the agency's inspector general to conduct his own investigation.

Moore told the commission a report on allegations that officers falsely categorized some motorists as gang members will be provided in the near future, but he said new information provided to the department has led to an expansion of the investigation. Moore said a total of 20 officers have been reassigned -- 10 of them assigned to home duty and 10 others taken off patrol duties.

Moore said the allegations were traced back to early 2019, when the mother of a young San Fernando Valley man was notified that the LAPD believed her son was part of a gang, but she told officers her son was mistakenly identified.

Moore said the mother met with a division supervisor to challenge the gang status. People who are identified as gang members are placed into a statewide investigative database known as "Cal-Gangs," which can potentially lead to future legal problems for people on the list.

Moore said the woman and son, who were not identified, were told that he would be removed from the system.

"Over the course of several months, the investigation has continued and has actually expanded, and as it moved from that initial stop, we caused the investigation to include other stops and interactions of these (initial) three involved officers," Moore said. "The investigation has now identified, I believe, additional inconsistencies based on the preliminary briefing I have about the information I have today."

Moore said he has not "passed judgment" on any of the officers, and said he will not provide recommendations to the board until an investigation is complete.

According to media reports, officers may have falsified field interview cards during traffic stops to boost their traffic-stop statistics due to pressure from supervisors to focus on stopping gang members.

The District Attorney's Office is considering possible criminal charges against at least one of the officers, Braxton Shaw, who has been placed on administrative leave, according to various reports.

Moore told the commission the department has added another layer of protection to its system, requiring an additional supervisor to review footage from officers' body-worn cameras before names of motorists are added to the gang database. The Los Angeles Times reported last week that in one case, information provided by an officer on a field interview card from a traffic stop was contradicted by footage captured by the officer's body camera.

Commission President Eileen Decker said she wants a thorough assessment of the ongoing investigations and for the board to be provided with "regular and frequent updates." The commission called on the Office of
Inspector General to not only monitor the internal LAPD probe of the allegations, but to conduct an investigation of its own.

Commissioner Dale Boner said he wants to ensure a "proper level of transparency" of the investigation.

"It's not clear to me what systems we have in place that would have allowed this activity to have gone on ... and what institutional changes may be appropriate to avoid these kinds of situations in the future," Boner said.

Some members of the audience who said they were outraged by the allegations disrupted the meeting, causing the panel to briefly recess into closed session.

"We all find this very disturbing," Decker told the audience. "... I realize this is not at the speed that you would like it. We will instruct the inspector general to proceed with the investigation."

The board of directors of the Los Angeles Police Protective League, the union that represents officers, issued a statement earlier in response to the allegations, saying it was "aware of reports of discrepancies contained on a limited number of field interview cards that the department is looking into."

"We have confidence that Chief Moore will oversee a thorough and fair process to determine the facts, and to also ensure that any impacted officer is accorded his or her due process rights," according to the union.

"This racist and unethical practice is utterly disgusting and completely unacceptable. It is up to the chief, mayor and police commissioners to hold these officers accountable to the full extent of the law and take immediate action to protect the people of South Los Angeles and Angelenos everywhere," Community Coalition President and CEO Alberto Retana said in a statement.

The coalition also demanded that the LAPD pull its Metro Division officers from South Los Angeles and suspend the use of the gang database.

News of the probe came a year after an investigation by the Los Angeles Times found that LAPD Metropolitan Division officers stopped black drivers at a rate more than five times their share of the city's population. In response, the department announced last fall it would drastically cut back on pulling over random vehicles.