Three people, including two LAPD officers were sent to the hospital after a police cruiser struck a van downtown. All three are expected to be okay.

The crash happened shortly after 4 p.m. Sunday, with the 911 call coming in at 4:12 p.m., in the 1000 block S. Main Street. According to LAPD, officers were responding to another call when they collided with a van. SkyFOX over the scene seems to show that an LAPD cruiser struck a white panel van from the side. According to LAFD, the van tried to make a left turn as the cruiser attempted to pass it. 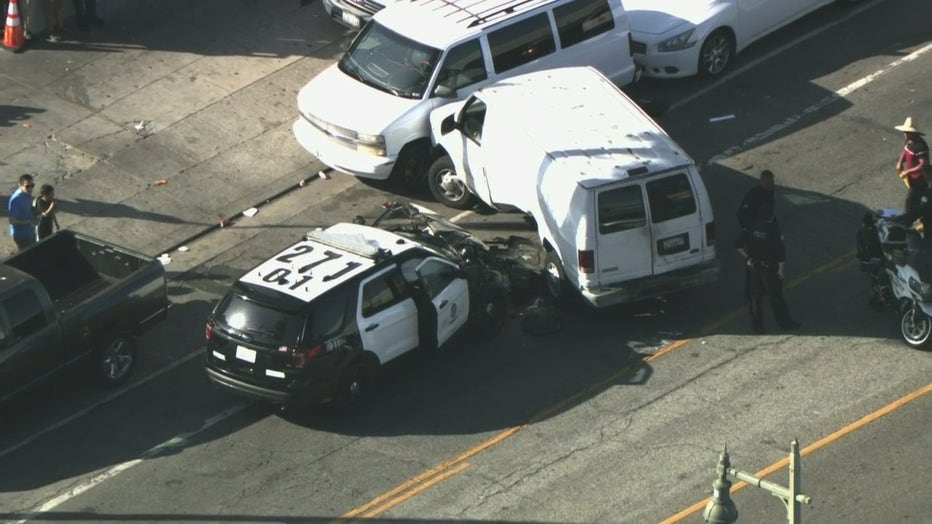 None of the people transported to the hospital had serious injuries according to LAFD, and are expected to be okay. Two other people were injured in the crash but declined medical treatment, according to LAFD.