A couple was killed in Rialto Saturday morning, after a driver leading police on a chase ran a red light and crashed into their car.

RIALTO, Calif. - Two people were killed early Saturday morning when a police pursuit through San Bernardino County ended with a crash in Rialto.

According to police, Alejandro Canchola of San Bernardino was driving a gray Nissan Maxima, and was being chased by police from Colton into the city of Rialto shortly before 1 a.m. Saturday. Authorities say he was speeding north along Cedar Avenue, when he ran a red light at the intersection of Randall Avenue.

That's when his car collided with a silver Nissan Sentra traveling east and ricocheted into a nearby home. No one in the home was injured, but two people in Nissan Sentra were. Firefighters administered aid, but the driver, identified as Aaron McDonald of Bloomington, and the passenger, identified as Irene Ramos Jaramillo of Rialto, both died from their injuries in the hospital.

The two were engaged to be married, Ramos' family said. Ramos' birthday just passed on Thursday, and the couple planned to celebrate together Saturday. 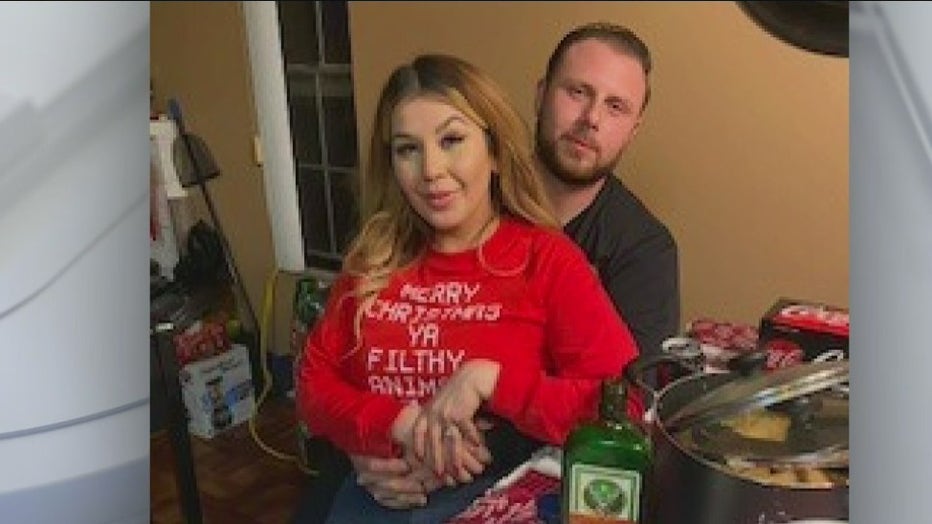 "They were a perfect couple actually," said Letti Ramos, Irene Ramos' aunt. "They were engaged and it was just so beautiful, they were always so happy. That's all we could remember. It's just a very very very sad loss for everyone."

According to police, Canchola had a passenger with him in the car when he crashed. Canchola and that passenger, identified as Jose Castrocota of San Bernardino, were taken to the hospital and treated for moderate injuries.

Canchola will be booked into the San Bernardino County Jail upon his release from the hospital.

The San Bernardino Police Department is still investigating the pursuit and crash.