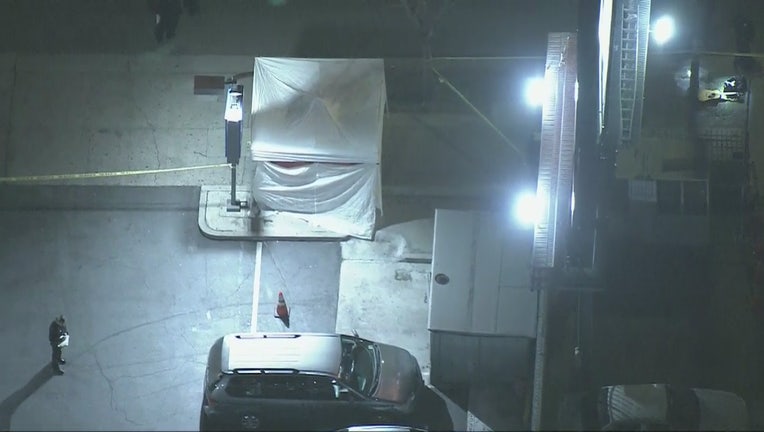 LOS ANGELES - Los Angeles police were on scene of a deadly shooting that occurred Monday night in the Pico-Union area.

A Hispanic man in his 40s was pronounced dead at the scene, LAPD said. The shooting happened at about 7:30 p.m. near Olympic Boulevard and Alvarado Street.

The victim has not been identified. No suspect information was immediately available.

The immediate streets leading up to the crime scene were closed off as authorities conducted their investigation.