LAPD is in pursuit of a possibly armed carjacker.

LOS ANGELES - A suspected carjacker is in custody after leading police on a chase across Los Angeles Monday night.

SkyFOX was initially over Commerce when the Los Angeles Police Department was in pursuit of the suspect, who was believed to be armed. 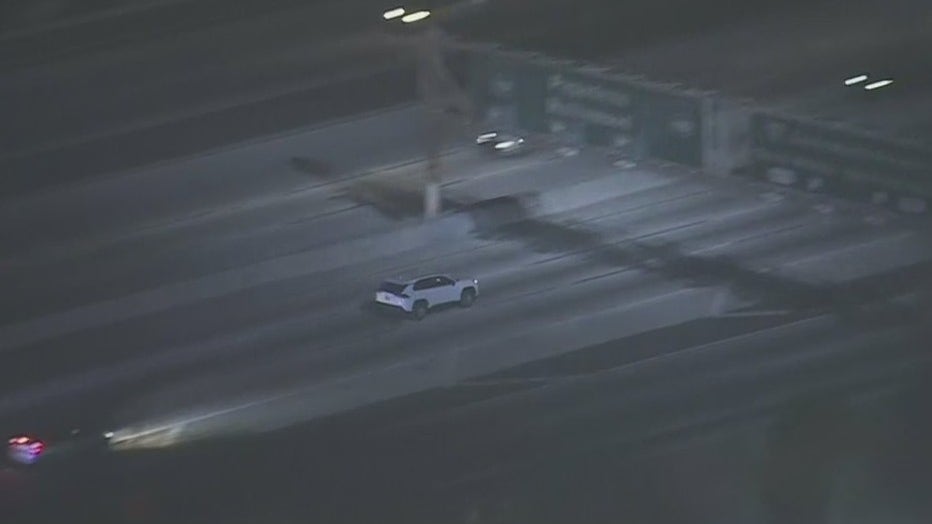