We are just days away from Election Day and with concerns about social-distancing, some of Southern California’s most iconic venues have been transformed into places where you can proudly cast your ballot.

LOS ANGELES - We are just days away from Election Day and with concerns about social-distancing, some of Southern California’s most iconic venues have been transformed into places where you can proudly cast your ballot.

On Friday, more than 650 vote centers opened in Los Angeles County and 168 in Orange County.

Voter Guide 2020: Everything you need to know about voting in Southern California

In the city of Champions, you can cast your vote at one of the iconic sports venues in Los Angeles. Staples Center, Sofi Stadium, The Forum and the Banc of California Stadium are all official vote centers.  Even the top deck of LA’s beloved Dodger’s Stadium has 30 voting kiosks, where you can do your civic duty while taking in the expansive views.

"I’m not sure where you’re used to voting will give you the great selfies you’ll get here," said Stan Kasten, President & CEO of the Los Angeles Dodgers.  "If it’s the shot of downtown L.A. or the shot of the San Gabriel Mountains it’s a pretty cool place to come and there’s plenty of free parking!” 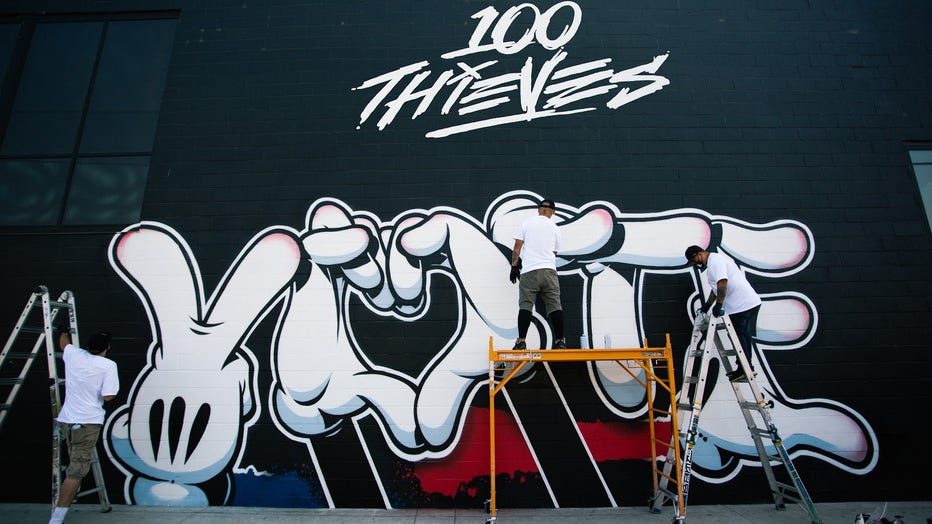 For Esports fans, 100 Thieves, the premium lifestyle brand and gaming organization based in Culver City, will host a voting center in the parking lot of the 100 Thieves Cash App Compound.

Additionally, 100 Thieves has partnered with the globally renowned graffiti artist Slick on a “VOTE” mural on the 100 Thieves Cash App Compound.

If you’re more of an arts or entertainment kind of person, take a trip to one of the polling sites in Hollywood-  the famed Magic Castle is one.  Just around the corner, The Hollywood Bowl—world-famous for legendary events and spectacular concerts is offering al fresco voting at the Monique and Jonathan Kagan Patio. 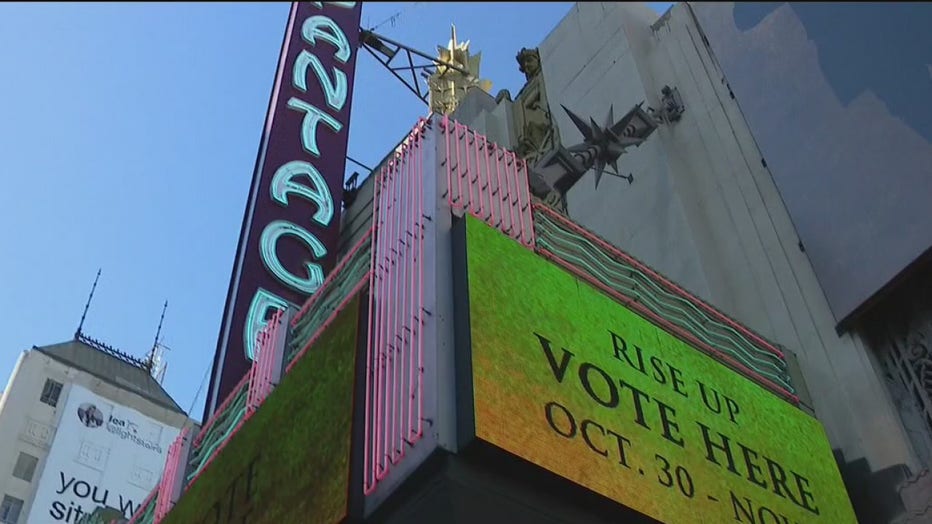 You can also head to the lobby of Pantages Theater.  The award-winning musical "Hamilton" was supposed to running right now.

"Eight hours before we were supposed to have our first performance on March 12 we got the call and since then we’ve sat dark for the last 8 months," says Pantages General Manager Jeff Loeb.

Loeb said the message of the musical about the founding of our democracy is fitting: "I think that great comment of ‘I’m not going to throwing away my shot’ really speaks to every individual voter and they can exercise their right to vote."

In addition to voting at LA sports arenas the Hollywood Magic Castle is now open for residents to cast their ballot in the 2020 election.

Or perhaps you’d rather relieve some of the stress from this tough political season.  The Four Season’s Westlake Village is a vote center and more.

"We’ll clearly have cocktails to celebrate it with," said Four Seasons Regional Vice President Robert Cima, "but please do the cocktails after you do your vote.  We want to make sure you pull the lever for the one you want exactly!"