Woman killed in Lancaster home invasion was a probation officer

A woman who was apparently beaten to death during a home invasion at her Lancaster residence was an LA County probation officer, Paula Lind. MORE: https://bit.ly/3Riu87r

LANCASTER, Calif. - A man was charged Tuesday for the murder of a Los Angeles County probation officer who was beaten to death during a home invasion at her Lancaster home over the weekend.

Deputies with LA Angeles County Sheriff's Department Lancaster Station responded to a call reporting a burglary/home invasion in the 45500 block of Barrymore Avenue, located near the intersection of 20th St W and W Ave H 8, at 12:05 a.m. Sunday.

"When deputies arrived, they found the victim ... unresponsive and suffering from blunt head trauma," according to a sheriff's department statement. "The victim was subsequently pronounced dead at the scene."

The victim was identified as Paula Lind, a 16-year veteran of the LA County Probation Department.

An unidentified man found in the house was detained, according to officials. On Tuesday, the Los Angeles County District Attorney's Office announced the man, whose identity is still unknown, was charged in a "John Doe" complaint with one count each of murder, assault with intent to commit rape during a residential burglary, first-degree residential burglary and sexual contact with deceased remains. 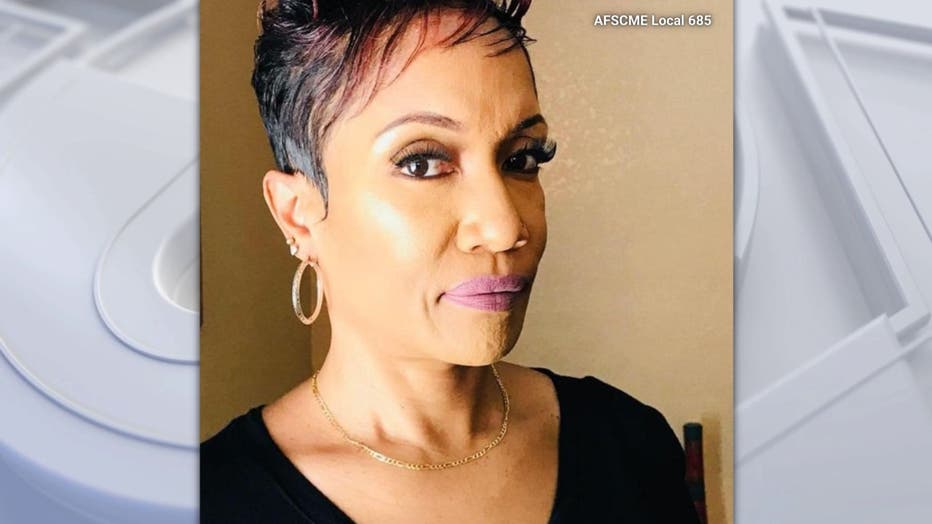 Authorities believe the man broke into the residence, but a motive was unclear.

According to a Facebook post on Sunday by AFSCME Local 685, the union representing deputy probation officers, Lind was one of the union's members.

"One of our DPO II was found deceased early this morning at her residence in Antelope Valley," according to the union. "... The preliminary information is that she may be a victim of homicide. ... Meanwhile, please pray for family during this tragic event."

According to the Los Angeles Times, Lind was a veteran deputy probation officer assigned to Barry J. Nidorf juvenile hall in Sylmar. A law enforcement official with knowledge of the case told The Times that the woman had just come home from work when the attack happened.

"The Los Angeles County Probation Department sends our sincere condolences, prayers, and thoughts to her family and loved ones during their time of sorrow," the department said in a statement Monday.

"She was a public servant that dedicated her life's work to helping effect positive change in the lives of the probationers she supervised," Barger said. "The perpetrator responsible for this brutal attack must be held accountable and brought to justice. I will continue to track the outcome of this investigation closely."