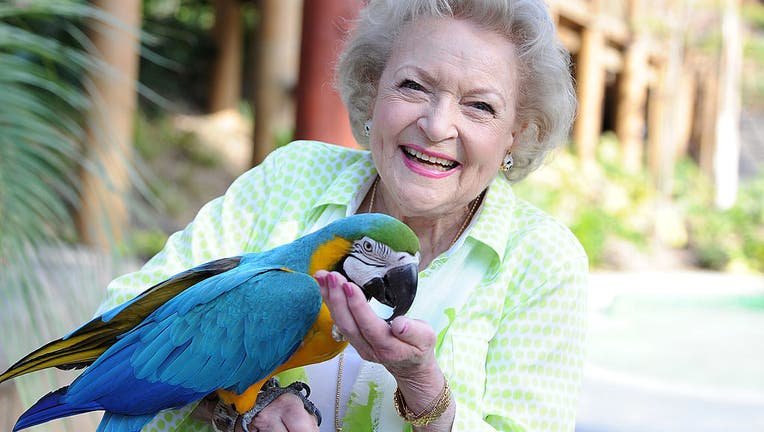 LOS ANGELES - The Greater Los Angeles Zoo Association announced Thursday an uptick in volunteer applications and major donor interest in honor of Betty White, calling it the "Betty White Effect" that has brought in more than $243,000 since White's death on Dec. 31.

Along with being known worldwide as an actress and comedian, White, was a trustee, donor and honorary zookeeper at the zoo. She died less than three weeks before what would have been her 100th birthday.

"Betty had a lifelong passion for animals and believed deeply in the importance of zoos and our mission of species conservation and offering people the ability to see animals from around the world," said Los Angeles Zoo Director and CEO Denise Verret. "She was a special person who used her influence, humor and generosity to make the world a better place and she would be so gratified to see her legacy living on through this outpouring of support."

The $243,286 came from more than 2,400 individual donations from 49 states and 11 countries, according to GLAZA. High profile donors included The Walt Disney Company, Pink's Hot Dogs, Madame Tussaud Hollywood and the Holy Name School in San Francisco.

The zoo also received 56 applications for volunteers in January, which is one of the largest groups of new applicants in recent history, according to GLAZA.

"We spent last month celebrating Betty's life and her impact on the animal world, but we now want to take the time to thank all of her fans who made gifts in her memory," GLAZA President Tom Jacobson said. "We are humbled by the messages left online and at her tribute garden, the generous donations inspired by the Betty White Challenge and the scores of people who applied to become volunteers at the zoo."

"It's wonderful to see Betty's legacy move people to get involved, just like she did, and while we know there will never be another Betty White, we look forward to welcoming those who share her passion for animals, their care and wildlife conversation to the L.A. Zoo."