LOS ANGELES - A Los Angeles woman is on a mission of compassion. Taguhi Oganyan traveled from Glendale to Armenia to offer solace to families of fallen and injured soldiers. In addition, she also handed out donations she has collected from a GoFundMe account.

For grieving families, her visits offer them a great deal of financial assistance and give them a chance to honor their heroes.

"Most of these moms are younger than me. You go and hug an 18-year-old’s mom and you know the only thing you can do is give them your strength and your energy,"Oganyan said.

Oganyan says she sprang into action when Azerbaijan began its offensive on September 27. She wanted to do something to help, so she created a GoFundMe with a goal of raising $20,000.

There are numerous young wives left behind with newborn babies now. Being a mother of a 20-year-old herself, hits her hard-- the fact that most of the soldiers are young men ---younger than the conflict itself.

One of three daughters of a fallen hero ❤️🇦🇲🙏🏼

No one knew she was coming. Oganyan said she just shows up and spends time with the family.

“I walk into homes and I talk about their son. Did he have a good sense of humor? Was he tall? Did he grow up in this house? You try to keep a normal conversations with them and at the same time it’s draining and you're thinking what if they have a question that I don't have an answer to because they think I'm from the diaspora, and I should know more than them.”

Young and old fought for our motherland 😔🙏🏼💔

She then discreetly leaves a little something behind and walks away.

She also spends a great deal of time visiting the wounded and visits them in the hospital or in their homes.

Oganyan says she is blown away by their bravery. 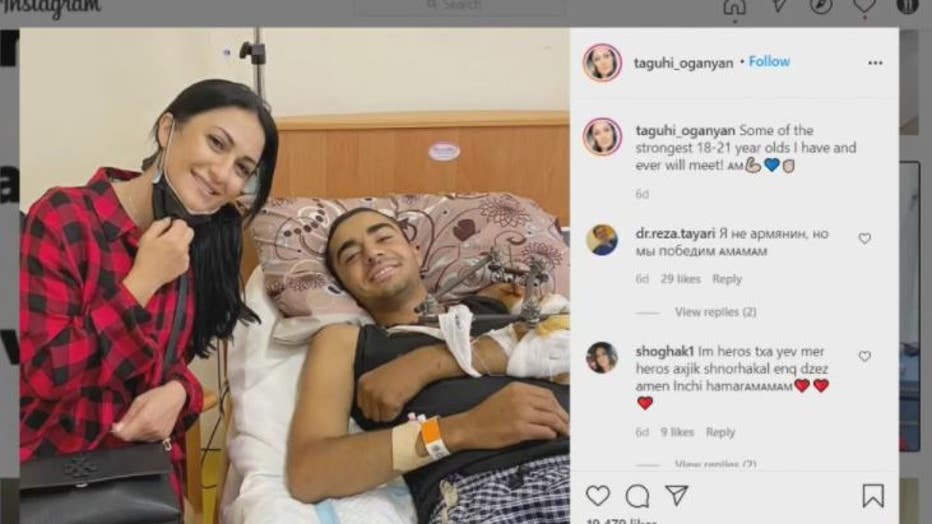 Armenia has a population of about three million and she says the whole world needs to know what’s happening in this little country.