Los Angeles County could receive its initial allocation of roughly 84,000 COVID-19 vaccine doses as early as next week, with initial priority given to health care workers, the county's public heath director said Dec. 8.

The news came on a day the county confirmed another 8,547 cases of the coronavirus, while Long Beach health officials announced 816 and Pasadena reported 52.

The new cases lifted the cumulative total from throughout the pandemic to 467,189. The county also reported another 64 deaths -- pushing the countywide death toll from the virus to the 8,000 mark.

The number of people hospitalized with the virus also topped 3,000 for the first time, reaching 3,113. The pending arrival of vaccines offers some glimmer of hope about a potential end to the pandemic, but officials noted it will be well into next year until vaccines are available to the general public.

"Because there's not sufficient supply, vaccine eligibility will be determined by phases of prioritization that have been developed by the Centers for Disease Control and Prevention ... as well as guidance that's developed by the California Department of Public Health," county Public Health Director Barbara Ferrer told the Board of Supervisors. "Local planning is essential to assist in the implementation based on our current status and trends in transmission across this entire county." 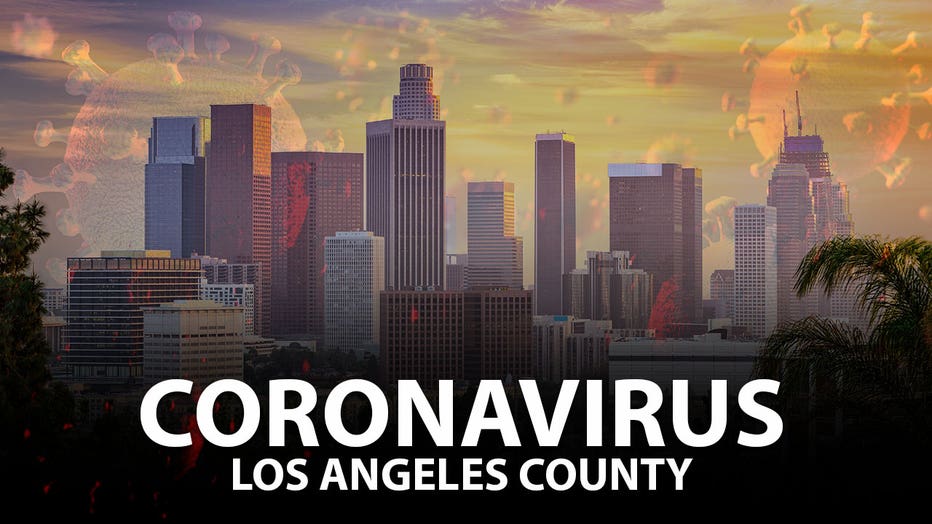 With health care workers deemed a top priority in receiving vaccinations in what is known as "Phase 1a" of the CDC-determined distribution plan, the county will distribute the initial wave of doses to acute-care hospitals, Ferrer said.

She said the county hopes to receive a second allocation of vaccines by Dec. 21, with priority expanding to include residents and staff at skilled nursing centers and long-term care facilities.

That distribution will be administered through federal government contracts with CVS and Walgreens, Ferrer said.

Following will be clinical labs and imaging centers and specialty clinics. "Our hope would be by the end of January we receive enough vaccine here in the county that we completed Phase 1a, but again the unknown is how quickly allocations will get out into our field," Ferrer said.

"The distribution mechanics for 1a have already been secured, so really 1a will move efficiently with, again, the receipt of appropriate doses. The federal plan is perhaps for a third allocation at the end of December, then weekly allocations... throughout the upcoming new year," she said.

Although the pending arrival of vaccines offered some hope that the pandemic could be moving closer to an end, officials said widespread vaccination is still months away.

"Let's be honest, it's going to be awhile 'til, you know, we really can vaccinate all of L.A. County," Supervisor Janice Hahn said.

She noted that with the number of health care workers and staff and residents and nursing facilities and long-term care centers ranging between 250,000 and 300,000 -- and the fact that the vaccination requires two doses --that's 600,000 doses that need to be administered before the general public will start having access.

Hahn also recognized that there may still be public resistance to taking a hastily developed vaccine, but said, "I think the vast majority of people want to get back to their lives."

The board approved a motion calling on public health officials to report back next month on funding needs for vaccine administration, including a "messaging campaign" to reach out to the public about the availability and safety of the vaccine, particularly in vulnerable communities that may "resist taking the vaccine."

Ferrer said Monday that the recent surge in cases and hospitalizations has led to a sudden spike in infections affecting health care workers.

Ferrer said 1,745 infections were reported last week among health care workers in the county, more than double the number confirmed the prior week, and the highest number of the entire pandemic.

It was triggered when intensive-care unit bed availability fell below 15% in the 11-county Southern California region. As of Tuesday, the ICU availability in the region was estimated at 10.1%.

The stay-at-home order will be in place for three weeks.

Regions will be eligible to exit from the order on Dec. 28 if ICU capacity projections for the following month are above or equal to 15%.

Some of those restrictions were already in effect in select counties.

The state's full stay-at-home order can be read here.