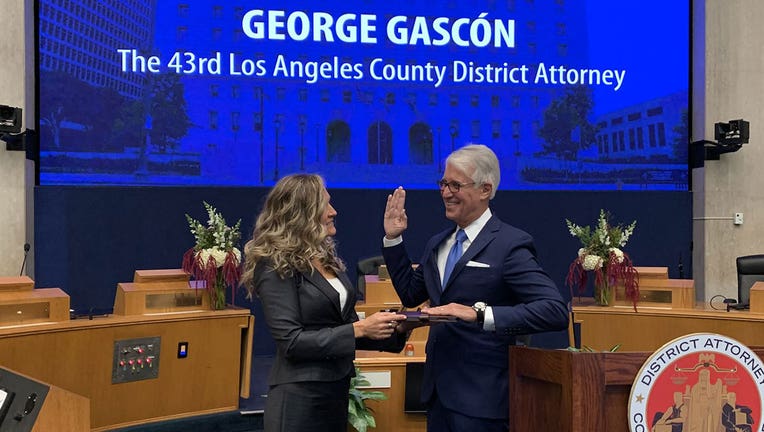 Gascón issued a set of special directives when he was sworn into office on Dec. 7 designed to reduce recidivism and the number of people incarcerated.

One directive eliminated all sentence enhancements. "While many of his special directives are well-intentioned, I believe he missed the mark when he eliminated special enhancements for hate crimes being prosecuted in the county," Koretz said.

Gascón announced that his office would no longer pursue the death penalty, try juveniles as adults, seek cash bail for misdemeanor and non-serious, non-violent felonies, or add gang and other enhancements to criminal complaints.

Hate crimes of all kinds, Koretz said, have increased significantly over recent years across the United States in general and in Los Angeles in particular.

Pointing to research done by the Los Angeles Human Rights Commission, Koretz said 2019 saw the highest number of violent hate crimes in the city in a decade, with white supremacist crimes jumping 38%. Crimes that targeted the transgender community increased 64% from 2018 to 2019, and 24% of all hate crimes committed in the county during 2019 targeted Black people, with the majority of these crimes being violent in nature, Koretz stated.

Hate crimes targeting Jewish Americans have also increased significantly in recent years, as well. "One of the real-life consequences is that the DA will no longer be seeking to add an enhancement to any sentence prosecutors obtain in the case of a vicious anti-transgender attack (robbery and assault) that occurred in Hollywood in late August, at a time when we are seeing a record number of hate crimes directed towards this community," Koretz said.

Gascon's office could not be immediately reached for comment.

Koretz is not alone in his concerns about Gascón's intended reforms.  A former Los Angeles County prosecutor -- who now represents the family of a man killed in a crash by a driver allegedly under the influence of nitrous oxide -- is fighting moves by Gascon to drop great bodily injury allegations in that case and at least one other.

Attorney Sam Dordulian contends that there is "bedlam" in the District Attorney's Office, and prosecutors are reeling from Gascón's announcement that he would dismiss sentencing enhancements and institute a sweeping set of policy changes, including eliminating cash bail.

"I remain friends with a lot of current (deputy district attorneys) who are all stunned by these special directives," Dordulian told City News Service on Monday. "Everyone I have talked to vehemently disagrees with his special directives. The problem is, they are threatened to comply with these directives or face sanctions or termination."

Dordulian says he is not opposed to reform in principle, but to what he characterizes as Gascón's across-the-board application of his more lenient policies, without regard for the circumstances of any particular crime.

Dordulian is calling on California Attorney General Xavier Becerra tostep in and remind Gascon that he is not a legislator and is obliged to carryout the laws on the books.