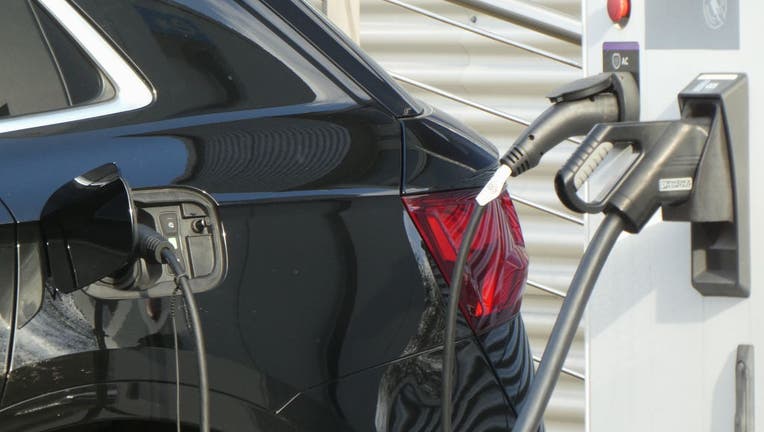 The motion was introduced by Councilmen Mitch O'Farrell and Paul Krekorian, who announced the plan outside City Hall on Wednesday morning, ahead of its passage by a 12-0 vote.

"Historically, this city has the worst air quality in the nation thanks to freeways, sprawl, gas-powered vehicles," O'Farrell said during the City Council meeting Wednesday.

"The automotive age of the last century turbo-charged our descent into that dubious distinction that we all live with today, especially disadvantaged communities that bear the brunt of this degradation because of their proximity adjacent to major transportation infrastructure, thoroughfares, arterioles, freeways, underpasses."

Over the last five years, the city has installed 350 electric vehicle chargers, 140 for the city fleet and 210 for the public and city employees at 19 facilities across the city.

"The city's fleet has more than 10,000 city vehicles of various types. There's a lot of work to be done over the course of the next few years," O'Farrell said.

No cost estimate or time frame was included in reports associated with the plan -- but Krekorian did say the effort will be done in coordination with the LA100 initiative to be 100% carbon-free by 2035.

The Department of General Services will plan for the installation of electric vehicle charging stations across 600 city-owned facilities, such as parks and libraries. The city expects it will need about 97,000 charging stations by 2030. O'Farrell said he hopes the city's actions will incentivize the private sector to deploy charging stations as well.

"Our actions today are the foundation of a thoughtful, visionary and effective transition to electric vehicles by the city and by the public. At the same time, there's nothing inherently clean about electric vehicles unless we have clean electricity. That's why it's so important that this effort is coordinated with our LA100 Plan to transition to 100 percent carbon-free electricity by 2035."