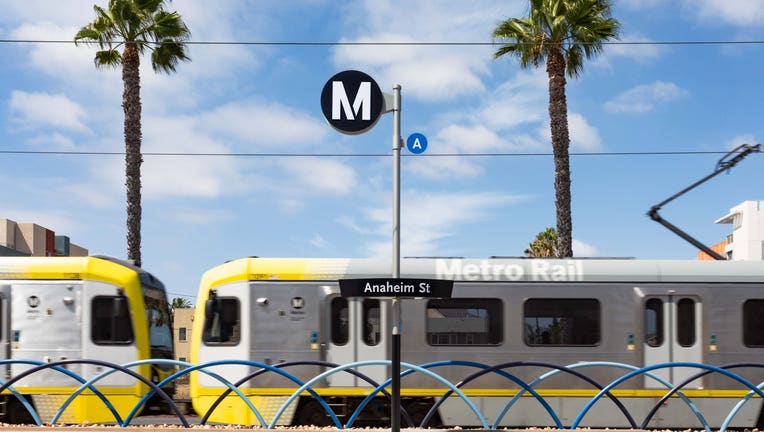 LOS ANGELES - L.A. Metro officials on Friday announced that they have no plans to shut down the transportation system after California Governor Gavin Newsom announced a statewide "Stay at Home" order.

“We are operating with caution, but we are not operating out of a position of fear,” said L.A. Metro CEO Phil Washington.

Washington said during a Friday morning press conference that there have been no reported cases of COVID-19 known to have been contracted on a Metro bus or train, and there are no known cases among the agency's nearly 11,000 employees.

Metro officials said they are providing masks and gloves as necessary to their frontline staff members, such as operators, custodial workers and security.

Additionally, all buses have protective barriers for operators.

The transportation company assured riders that they have strengthened cleaning on vehicles, in stations as well as at all Metro facilities.

"We are making necessary service adjustments in light of on-street realities. We’ll be running a weekday hybrid service - a mix of weekday and weekend service schedules.," L.A. Metro wrote on Twitter.