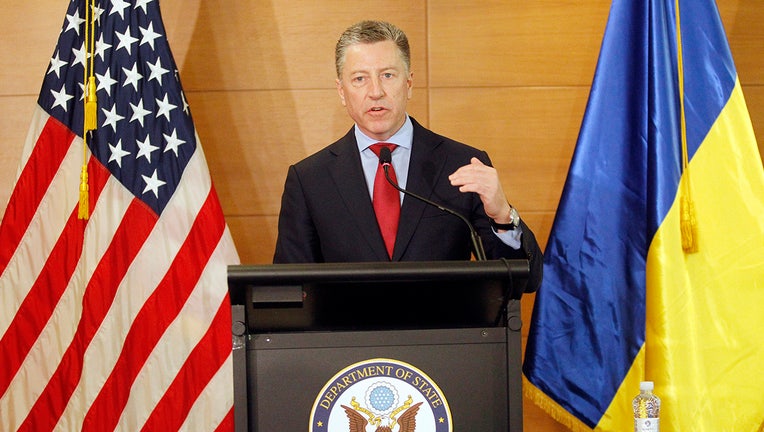 (FOX NEWS) - Kurt Volker, the U.S. envoy for Ukraine, resigned Friday after his name was mentioned in the intelligence community whistleblower's complaint regarding President Trump’s July 25 phone call with Ukrainian President Volodymyr Zelensky that included discussion about investigating the Biden family, a source with knowledge of the matter told Fox News.

Volker’s resignation was first reported by The State Press, the student newspaper of Arizona State University, where Volker serves as executive director of the school’s McCain Institute.

According to the complaint, Volker sought to "contain the damage" from Trump attorney Rudy Giuliani's outreach to Ukraine's government about the Biden family.

But a July 19 text message from Volker to Giuliani that was provided to Fox News on Thursday showed that Volker had in fact encouraged Giuliani to reach out to Ukraine.

"As discussed, connecting you here with Andrey Yermak, who is very close to President Zelensky," the message from Volker to Giuliani read in part. "I suggest we schedule a call together on Monday [July 22] ..."

The White House on Wednesday released a transcript of Trump’s July phone call with Ukrainian President Volodymyr Zelensky, which showed the president sought a review of Biden family dealings in the country.

Joe Biden has said that while vice president, he urged Ukraine to fire its then-top prosecutor, Viktor Shokin, who was investigating the natural gas firm Burisma Holdings — where Hunter Biden was on the board. Biden has maintained that corruption concerns prompted his intervention.

On Friday, the chairs of three House committees informed Secretary of State Mike Pompeo that Volker is scheduled to give a deposition to them on Oct. 3. It was not immediately clear whether Volker's departure from his State Department post affected those plans.

Fox News’ Gregg Re and John Roberts contributed to this report.