A break in a 25-year-old cold case has led to an arrest in the 1996 disappearance of Kristin Smart.

LOS ANGELES - A California college student missing for nearly 25 years was once buried in the backyard of the home owned by the murder suspect’s father, authorities said in a court document.

The body of Kristin Smart, which has never been found, was recently moved from the home of Ruben Flores, a prosecutor said, according to a document filed Monday and posted on social media by a reporter for The Tribune of San Luis Obispo. 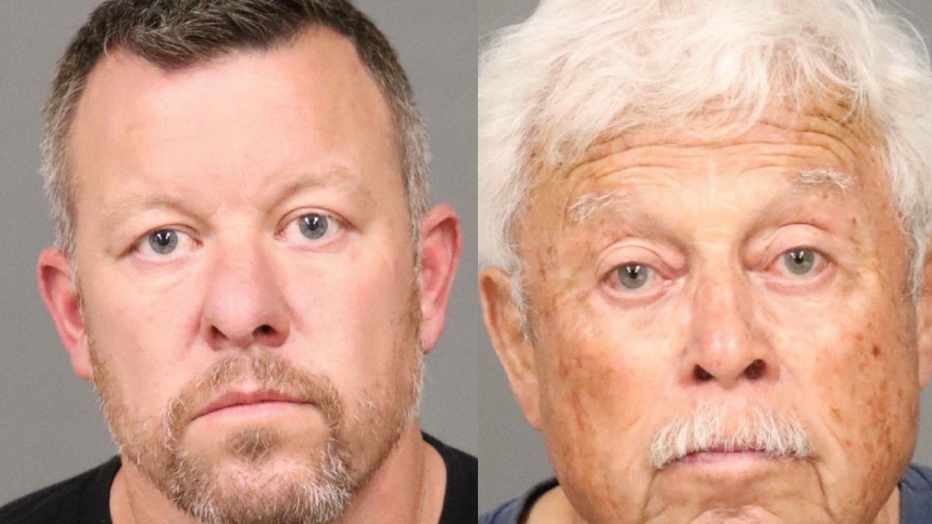 Paul Flores, a fellow freshman at California Polytechnic State University in San Luis Obispo, was the last person seen with Smart on May 25, 1996. Witnesses said Smart was intoxicated, and Flores had said he would walk her home after an off-campus party.

The court document was filed before bail arguments Monday in San Luis Obispo Superior Court when the father and son were arraigned. It was first reported by The Tribune, and a reporter posted snippets of documents on Twitter.

Defense lawyers have criticized the evidence used to arrest both men last week. Attorney Harold Mesick said Monday that the evidence against the father was "so minimal as to shock the conscience."

The document said investigators at the San Luis Obispo County Sheriff’s Department had biological evidence indicating Smart was once buried under Ruben Flores’ deck behind his home in nearby Arroyo Grande.

"The excavation below his deck ... showed damning evidence that a body had been buried in that location and then recently moved," prosecutor Christopher Peuvrelle said.

Peuvrelle, who said Ruben Flores has helped cover up the crime for nearly a quarter-century, would continue to do so if freed.

"Due to the evidence gleaned from the excavation, it is reasonable to believe Ruben Flores currently knows the location of Kristin Smart’s remains," Peuvrelle said. "Should he be allowed bail, it is a virtual certainty that he would use his freedom to continue his attempts to help Paul Flores thwart prosecution in this case and continue to hide her remains."

Smart’s remains have never been found, but authorities recently said they believe they know where she was buried, though they haven’t disclosed the location.

The arrests of the father and son came after investigators using ground-penetrating radar and cadaver dogs discovered evidence connected directly to Smart’s death last month during a search at Ruben Flores’ home, authorities said. They haven’t revealed what was found but returned to the yard for additional digging after the arrests.

On Monday, he questioned why investigators needed to keep searching for evidence after making arrests. At the time of the April 13 arrests, the sheriff said he believed that had enough evidence to win convictions.

Mesick argued there were many innocent explanations why soil had previously been dug up in the yard. He said a backhoe had excavated a trench to dump soil that was removed to lay a nearby foundation.

Paul Flores was ordered held without bail Monday. But the judge indicated he would set a reasonable bail amount Wednesday for the father, who has health problems is currently in the San Luis Obispo jail on $250,000 bail.

The document presented summaries of why prosecutors didn’t want either man to be released pending a trial that could be years away.

Nikki Rodriguez, a spokeswoman for the court, said the documents were not supposed to be public. The judge in the case has issued a gag order preventing lawyers, investigators, witnesses and others from speaking about the case or releasing documents.

The Tribune said it got the public documents from the courthouse in the city 160 miles (258 kilometers) northwest of Los Angeles.