A Kentucky man is going viral for his unconventional idea of clearing the snow in his driveway with a flamethrower.

Timothy Browning stunned fans after a relative filmed him standing in his driveway wearing nothing but a white bathrobe, socks, slippers and a hat, recreating Cousin Eddie from the iconic holiday movie "National Lampoon's Christmas Vacation."

While his attire alone would turn heads, it was Browning's unique method of removing snow from his driveway with a flamethrower that won the Internet. 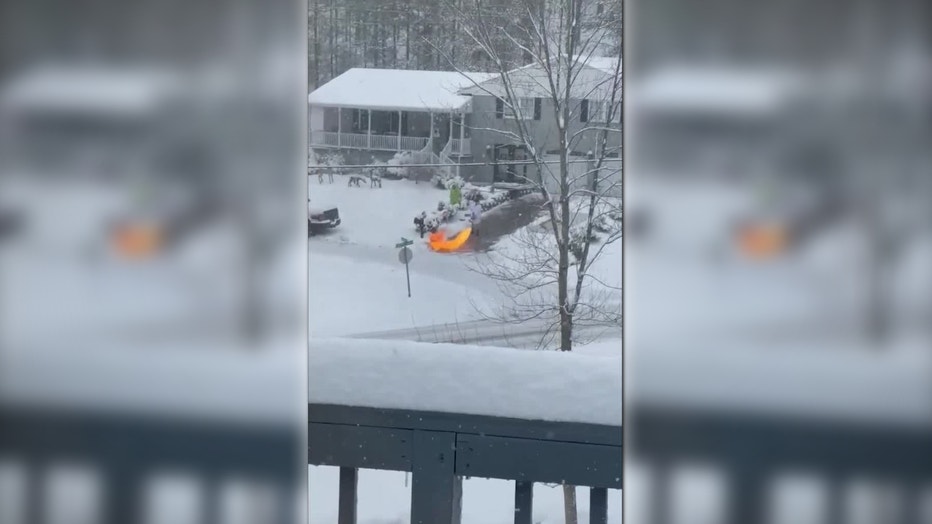 "Browning snow services removal now available!" a woman filming Browning, of Ashland, Ky., says at the start of the video.

In the nearly 30-second clip, Browning chugs a beer and throws it on the ground as he casually watches the giant flames in front of him melt away the flakes.

"God bless American rednecks!" Browning wrote on Facebook, where he posted the footage.

Browning's alternative to shoveling was also caught on camera by an onlooker named Jordan Podunavac. His video was posted to Twitter by a user named Chad who wrote, "Here's one way to do some quick snow removal, by flamethrower."

The tweet was viewed over 120,000 times after it was posted on Christmas. Viewers were quick to react on social media, referring to Browning as a "genius" and asking how to get their hands on a flamethrower.

"Now that's what you call '' a sure FIRE way to get things done! '" one Twitter user reacted.

"What possibly could go wrong," another joked.

"Needed that about 8 am today!!!" another said.

On Facebook, one person told Browning her driveway "is waiting [sic] your services!"