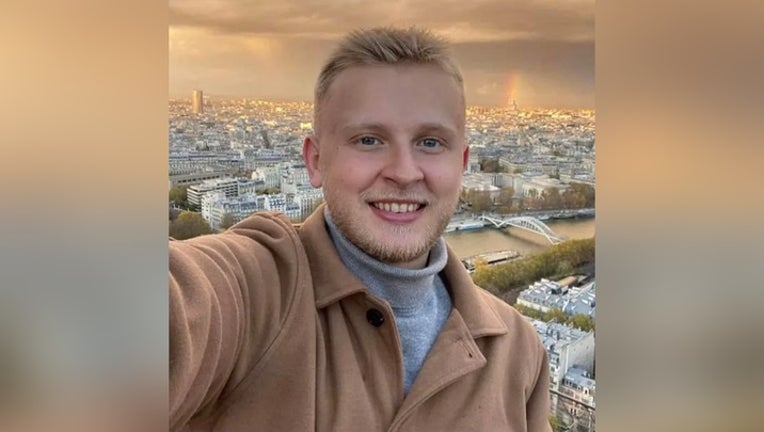 Kenneth DeLand, the upstate New York college student who had been missing in France since last month, was found to be alive in Spain nearly three weeks later after spotting himself in media reports, family members and officials confirmed Friday.

"Without the media's help, Kenny would not have seen himself in the news," his family said, in reporting that DeLand, 21, called his parents on Friday morning.

The St. John Fisher University student was studying abroad at the University Grenoble Alpes in Grenoble when he was last heard from on Nov. 28, his family said. He was reported missing the next day after he did not attend class, and his host family and friends had not heard from him.

An alert posted on the family's website, FindKenDeLand.com, on Friday stated: "KENNY HAS BEEN FOUND. We will update you with more information as we get it! THANK YOU to everyone for helping us bring Kenny home!"

In a post on the site, the family wrote that they received a call from the missing student "in the early morning hours of December 16."

"Kenny is in Spain, and Carol (his mom) is in France, preparing to see Kenny and hopefully bring him home for Christmas," the post continues. It later adds: "Without everyone's help, we wouldn't have our Son, hopefully, home Christmas." 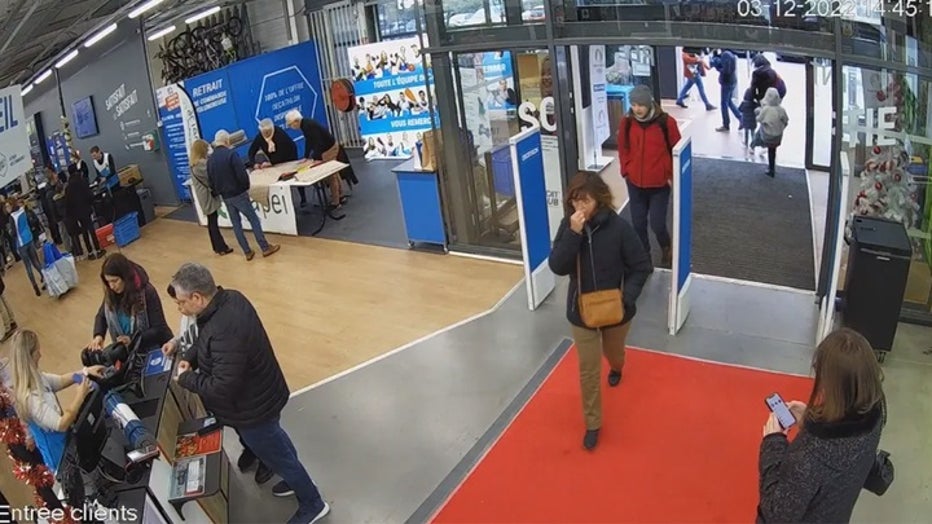 Ken DeLand walking into a Decathlon sports store in Montelimar on Dec. 3, 2022. (findkendeland.com)

Grenoble public prosecutor Eric Vaillant confirmed in a translated tweet that DeLand had spoken with his parents on Friday morning.

A spokesperson for Vaillant's office added in a statement provided to Fox News Digital that "Ken Deland had been able to get in touch with his parent today and is supposed to be currently in Spain." DeLand's family did not respond to multiple requests for confirmation on Friday, and additional details have not been provided.

A U.S. embassy spokesperson in Paris would not provide any additional details regarding the matter, citing "privacy considerations." A spokesperson for St. John Fisher University, which is located in Rochester, New York, wrote in a statement to Fox News Digital, "We are relieved by this news, and will continue to support Kenneth and his family in any way we can."

The 6-foot, 190-pound college student, who is originally from Sodus, New York, was spotted on surveillance footage at a sports store in Montelimar, France, around 2:45 p.m. local time on Dec. 3, when he made a purchase of $8.40.

Prior to his time abroad, he was an Eagle Scout with Troop 59. Troop 59 Committee Chair Jim Conners told Fox News Digital he and the others were "extremely happy" to hear the news and added, "We look forward to seeing Kenny back safe and sound!"

An Interpol Yellow Notice was issued shortly after DeLand was reported missing in France.

DeLand was expected to complete his study abroad program on Saturday.