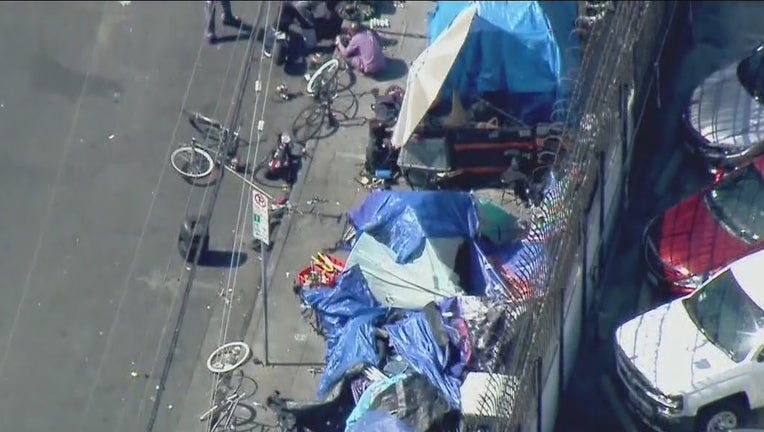 LOS ANGELES - Quoting a homeless Air Force veteran who said he found a 19-year-old blind girl walking the streets of Skid Row, the federal judge overseeing a lawsuit seeking to end the downtown Los Angeles homelessness crisis has rejected a bid by the city and county to hit pause on his decree that all indigent persons in the area must be offered shelter within six months.

In response, the judge quoted from declarations from L.A. Alliance that he said illustrate that a "plethora" of homeless persons are among plaintiffs in the lawsuit.

Wenzial Jarrell, a homeless veteran who served for years in the Air Force before being injured in combat, says in one such declaration that "service providers offer little to no substantive support for the people living in Skid Row."

Jarrell, who suffers from post-traumatic stress disorder from years of serving in war, which has made it difficult for him to survive on the streets, said that he found a 19-year-old blind girl walking the streets of Skid Row.

It was clear that she would be unable to survive there by herself and Jarrell brought her to a county services worker "who told him that there was nothing they could do for the girl," Carter wrote.

Jarrell, who prides himself on helping countless others to "get out of the black hole that is Skid Row," said that there is nothing worse than "getting stuck in the system of Skid Row and finding you cannot escape," Carter wrote, quoting from the man's declaration. 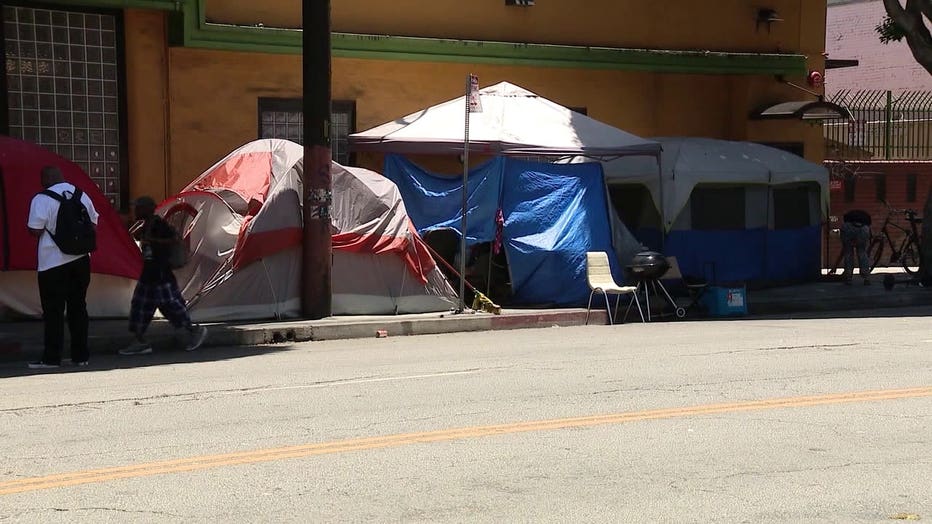 Unfortunately, the judge added, Jarrell himself has not been able to escape the system. Concluding his declaration, Jarrell states that he would jump at a chance for stable housing. "The world doesn't know how bad it really to live on Skid Row. I know I am more likely to die because I live on Skid Row. It is a desperate situation," he said in the declaration.

The judge also quotes Maria Diaz, a homeless woman and a plaintiff to the suit, who said she has lived on Skid Row for five years and has seen "young women harassed, attacked, raped, and ultimately succumb to drug addiction due to the conditions of Skid Row."

Diaz states that it is women like herself who suffer the most on Skid Row. "Harassment of women in Skid Row is a certainty, and they need to learn fast how to deal with the constant onslaught of issues they will face," she said in a quote contained in the judge's order.

The woman said that her fellow residents of the row "are always trying to sell drugs, steal belongings, or just hassle those trying to make it through this troubling time." Diaz said she wishes that resources were "more accessible to those living on the street because (she believes) the first step in escaping homelessness is finding a safe and stable place to rebuild your life."

Carter also wrote that a 60-year-old woman suffering homelessness along Skid Row declared that when she reached out to authorities for help, she allegedly told that she "must wait six months to be assigned" and "not a single city or county employee offered (her) a room through Project Roomkey."

The quotes illustrate that the plaintiffs' injuries are traceable to the city and county, as alleged by L.A. Alliance, and are likely to be remedied by a favorable judicial decision, the judge wrote, rejecting the defendants' argument that the housing deadline should be put on hold because the plaintiffs coalition does not include actual indigent people suffering "irreparable harm."

The judge wrote that there can be "no harm more grave or irreparable than the loss of life, and with each passing day, five homeless persons die in Skid Row."

Carter said that while the court would continue to impose its schedule -- including an Oct. 18 deadline for all persons on Skid Row to be offered -- he invited the mayor of Los Angeles and the chair of the county Board of Supervisors to meet with the court pursuant to settlement discussions.

Carter noted that under these terms, while the city is ordered to offer housing options on the timeline, Skid Row residents are not required to accept and may decline these offers.

Both the city and county gave notice of appeal to the U.S. 9th Circuit Court of Appeals and asked that Carter hit pause on last week's ruling pending resolution of the appeal. The judge refused the request but made  modifications, including one involving Mayor Eric Garcetti's announced $1 billion homelessness budget.

Garcetti has said that the money would be used next year to combat the crisis, but last week Carter ordered that the money be immediately placed in escrow, with funding streams accounted for and reported to the court within seven days.

In his new order, Carter put the escrow order on hold so he can hear testimony from the city, which now says the majority of the $1 billion is not currently in its possession. The judge asked the parties to create a binding
and implementation plan for the funds.

As for land holdings, Carter ordered a hearing for May 27 to discuss evidence as to what properties are available for homelessness relief.

"Los Angeles has lost its parks, beaches, schools, sidewalks and highway systems due to the inaction of city and county officials who have left our homeless citizens with no other place to turn,"bthe judge wrote in his filing last week.

Garcetti has called the pace of the judge's homelessness placement schedule ``unprecedented'' and questioned where "the rooms, the real estate, etc." would be found to shelter several thousand indigent citizens within 180 days.

In his original ruling, the judge suggested that Skid Row -- a sprawling 50-block warren of downtown streets containing one of the largest populations of indigent people in the nation -- was a byproduct of a legacy of racism that left Black people -- especially Black women -- "effectively abandoned on the streets. Such governmental inertia has affected not only Black Angelenos, not only homeless Angelenos, but all Angelenos  - of every race, gender identity, and social class."

Carter said that the time has come "to redress these wrongs and finish another measure of our nation's unfinished work."

The L.A. Alliance, a group of downtown business owners and homeless residents, brought the lawsuit against the city and county in March 2020.

During more than a dozen federal court hearings, the lawsuit has become bogged down in bureaucratic snarls between the city and county, prompting Carter to consider how he might deploy the power of the federal court to speed up efforts to get city sidewalks cleared and place homeless people into housing.

L.A. Alliance lawyers have written that Skid Row is a "catastrophe created by the city and county'' in which the city adopted a policy of "physical containment" in which the poor, disabled and mentally ill would be "contained" inside the delineated borders of downtown.