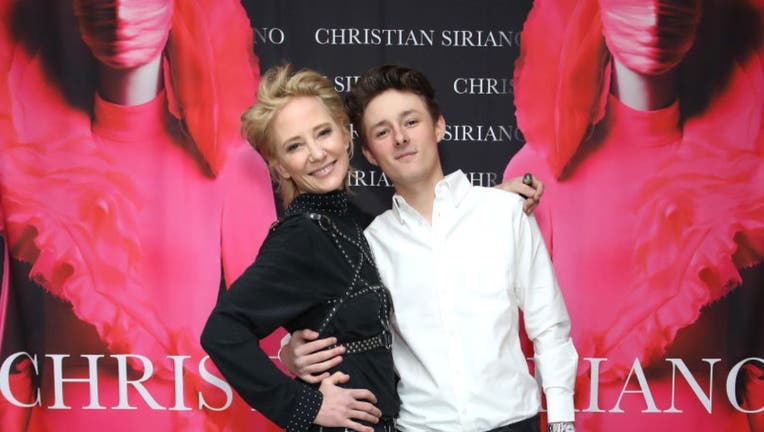 LOS ANGELES - A judge Wednesday named Anne Heche's oldest son as the permanent special administrator of his mother's estate, denying a challenge by the late actress' ex-boyfriend as well as a request by his attorney for a brief non-jury trial on the whereabouts of $200,000 in jewelry that allegedly belonged to Heche.

Heche and Tupper had a son, Atlas, who is now 13. In Tupper's court papers, he alleged that Laffoon had acted in a hostile manner toward Atlas and had refused to communicate with him or his representatives. However, at the start of Wednesday's hearing, Laffoon's lawyer, Bryan Phipps, said Atlas has been able to retrieve his belongings from the apartment where he lived with their mother.

But Tupper's lawyer, Chris Johnson, said he learned only Tuesday that the whereabouts of some $200,000 in jewelry that belonged to Heche is unknown. He requested a non-jury trial to find out whether Laffoon took the jewelry or if Laffoon had not secured the apartment fast enough to prevent someone else from taking it.

RELATED: Anne Heche: A look at the actress’ Hollywood career

In denying the request for the short trial, the judge said Laffoon had taken it upon himself to change the locks on the apartment before he even was made temporary administrator of the estate in October. Bogdanoff also said Tupper himself could have put new locks on the doors.

Phipps told the judge that any concerns about missing items can be addressed when Laffoon's property inventory is filed with the court and that no jewelry is being withheld.

"We have disclosed everything we have found," Phipps said.

Laffoon's court papers state that Heche had about $400,000 in assets and that he expects about the same amount in residuals and royalties annually. The judge said that with Laffoon's appointment, heirs and creditors can begin having their rights determined.

The judge set another hearing for March 15 on the amount of the bond being posted by Laffoon to protect the interests of heirs and creditors, especially in a case like Heche's in which there is no will. But he ruled that until then the amount will be $800,000. Johnson had requested a bond of $1.2 million.

The judge also recommended that Laffoon and Atlas not talk about the probate case themselves and instead leave that to their attorneys.

Heche died on Aug. 11 at age 53, one week after she crashed her car into a home in the Mar Vista area of Los Angeles.