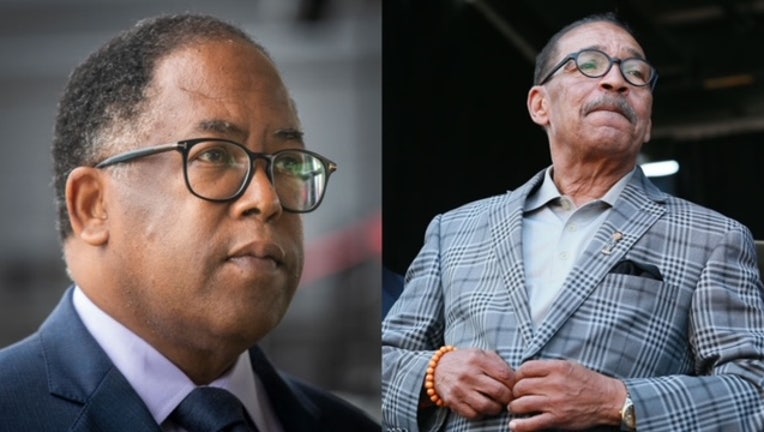 Ridley-Thomas was suspended after being indicted in a federal corruption case.

The Council on Tuesday said Wesson would hold the position through Dec. 31 unless Ridley-Thomas is acquitted or the charges against him are dropped. Wesson is termed out of seeking election to the City Council because he represented the 10th District from 2005 to December 2020. He also served as the president of the council before Nury Martinez, from 2012 to 2020.

"Our day in court has arrived and with it another opportunity to defend voting rights and representation that is accountable to voters and equal protection and the presumption of innocence. These are the fundamental rights to which we, as Americans, are entitled and deserve. These are the reasons 10th Council District voters went to court against Councilmember Nury Martinez and the Los Angeles City Council."

We will not stand by idly while they disenfranchise us, deprive our duly elected Councilmember of his rights so that they can give our seat to their unelected appointee. We cannot permit the City Council to disrespect us with an appointment process that lacks transparency without challenging the legality of their actions. We are following a long and storied tradition of taking those who abuse their positions of power to court to seek redress of our grievances."

The Council’s appointment was put on hold until March 17 until a hearing on the Order to Show Cause occurs.