The final hearing from the January 6th Committee will be Monday. Peter Loge, an associate professor at The George Washington University, spoke with LiveNOW from FOX's Josh Breslow about the highlights of the hearings.

The House committee investigating the Capitol riot will make its final public presentation Monday about the unprecedented effort by Donald Trump to overturn the results of the presidential election he lost in 2020. The committee has called it an "attempted coup" that warrants criminal prosecution from the Justice Department.

That is expected to be the committee's closing argument as it wraps up a year-and-a-half-long inquiry and prepares to release a final report detailing its findings about the insurrection in the nation's capital on Jan. 6, 2021, as Congress was certifying Joe Biden's presidential victory. The committee of seven Democrats and two Republicans is set to dissolve at the end of the year. 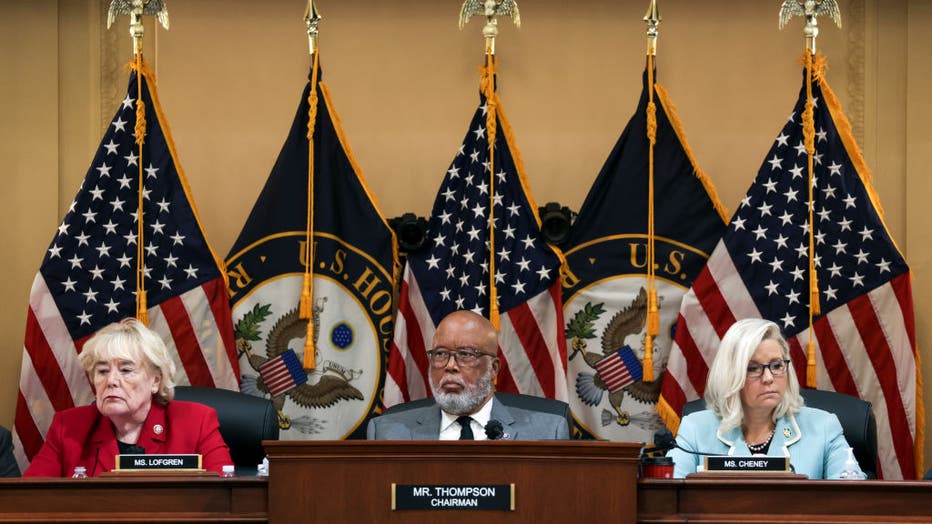 Monday's meeting will be the committee's 11th public session since forming in July 2021. One of the first hearings, on June 9, was viewed by more than 20 million people.

What to watch for in Monday’s meeting at 1 p.m. EST:

The committee is expected to make both criminal and civil referrals against the former president and his allies, who, according to lawmakers, broke the law or committed ethical violations.

The committee's chairman, Rep. Bennie Thompson, D-Miss., said the referrals may include criminal, ethics violations, legal misconduct and campaign finance violations. Lawmakers have suggested in particular that their recommended charges against Trump could include conspiracy to defraud the United State, obstruction of an official proceeding of Congress and insurrection.

Rep. Adam Schiff, D-Calif., said Sunday that he believes Trump committed multiple crimes. Pointing specifically to insurrection, Schiff said that "if you look at Donald Trump’s acts and you match them up against the statute, it’s a pretty good match."

"This is someone who in multiple ways tried to pressure state officials to find votes that didn’t exist, this is someone who tried to interfere with a joint session, even inciting a mob to attack the Capitol," Schiff told CNN's "State of the Union." "If that’s not criminal then I don’t know what it is."

Rep. Jamie Raskin, D-Md., said last week that the committee's actions will focus on "key players" where there is sufficient evidence or abundant evidence that they committed crimes.

It will fall to federal prosecutors to decide whether to bring charges. Even though they are non-binding, the recommendations by the committee would add to the political pressure on the Justice Department as special counsel Jack Smith conducts an investigation into Jan. 6 and Trump’s actions.

"We will also be considering what’s the appropriate remedy for members of Congress who ignore a congressional subpoena, as well as the evidence that was so pertinent to our investigation and why we wanted to bring them in," Schiff said. "We have weighed what is the remedy for members of Congress. Is it a criminal referral to another branch of government, or is it better that the Congress police its own?"

He said the committee considered censure and ethics referrals and will be disclosing their decision Monday.

Lawmakers who did not comply with subpoenas from the Jan. 6 committee included House Republican leader Kevin McCarthy of California, as well as GOP Reps. Jim Jordan of Ohio, Scott Perry of Pennsylvania, Andy Biggs of Arizona and Mo Brooks of Alabama.

A record for history

Lawmakers have promised that Monday's session will include a preview of the committee's final report, expected to be released Wednesday. The panel will vote on adopting the official record, effectively authorizing the release of the report to the public.

The eight-chapter report will include hundreds of pages of findings about the attack and Trump’s efforts to subvert democracy, drawing on what the committee learned through its interviews with more than 1,000 witnesses.

It will roughly mirror the series of public hearings the committee held in the summer that detailed the various facets of the investigation, including the role of extremist groups in the violence on Jan. 6, Trump's attempt to enlist the Justice Department in his schemes and Trump’s coordination with GOP lawmakers to overturn the election results.

Additional evidence, including some of the massive trove of video footage and testimony the committee collected, is expected to be released publicly before the end of the year.

Anticipation for the final report is high. Book publishers are already offering pre-release versions for sale to the public.

As the committee convenes one final time, a major legislative response to the insurrection could be on the fast-track to passage.

Lawmakers are expected to overhaul the arcane election law that Trump tried to subvert after his 2020 election defeat by including legislative changes in a year-end spending bill.

The proposed overhaul of the Electoral Count Act is one of the many byproducts of the Jan. 6 attack on the Capitol. A group of bipartisan lawmakers has been working on the legislation since the insurrection. Trump and his allies tried to find loopholes in that law before the congressional certification of the 2020 vote as the former president worked to overturn his defeat to Biden and unsuccessfully pressured Pence to go along.

The bill, if passed, would amend the 19th century law that, along with the Constitution, governs how states and Congress certify electors and declare presidential election winners, ensuring the popular vote from each state is protected from manipulation and that Congress does not arbitrarily decide presidential elections.

The committee is also expected to release its own legislative proposals in its final report, with ideas for how to strengthen and expand the guardrails that protected the Electoral College certification in 2021.

Since its formation, the Jan. 6 committee has strived to build a record for history and deepen the public's understanding of what led to the Capitol attack and the individuals involved in it.

"We obviously want to complete the story for the American people," Raskin said. "Everybody has come on a journey with us and we want a satisfactory conclusion, such that people feel that Congress has done its job."

After conducting thousands of interviews — ranging from Trump Cabinet secretaries to members of his own family — and obtaining tens of thousands of documents, congressional investigators say they have created the most comprehensive look at the worst attack on the Capitol in two centuries.

But the 16-month investigation has also provided a road map of sorts for criminal investigations, influencing the probes of Trump and Jan. 6 that are progressing at the local, state and federal level.

There is some question whether the Justice Department will act with Trump announced as a 2024 presidential candidate. Schiff expressed worry on Sunday that federal prosecutors may be slow to move on charges as long as Trump is politically relevant. "I think he should face the same remedy, force of law, that anyone else would," Schiff said.

Still, Monday's session remains the last word for the committee as its temporary, or "select," committee status expires at the end of the current Congress.

Once Republicans take the majority next year, they are not expected to renew the committee, instead launching a slew of investigations that will focus on the Biden administration and the president's family.