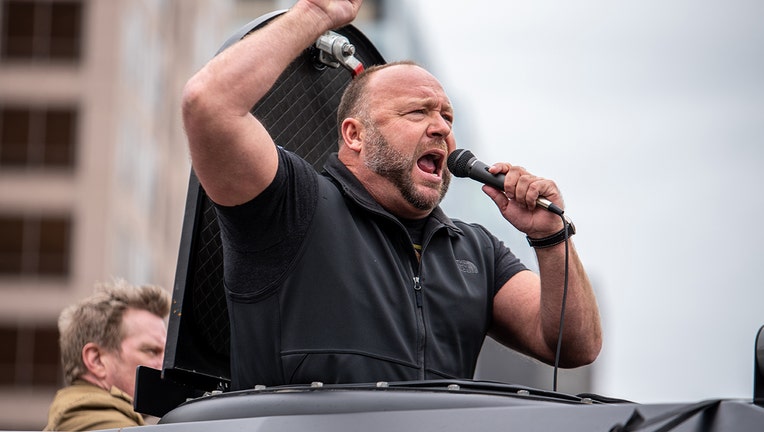 Attorney Mark Bankston said in court Thursday that the committee investigating the attack on the U.S. Capitol has requested the digital records.

The House committee did not immediately return a request for comment.

A day earlier, Bankston revealed in court that Jones' attorney had mistakenly sent Bankston the last two years’ worth of texts from Jones’ cellphone.

A jury in Austin, Texas, is deciding how much Jones should pay to the parents of a child killed in the 2012 school massacre because of the Infowars' repeated false claims that the shooting was a hoax.

Last month, the House Jan. 6 committee showed graphic and violent text messages and played videos of right-wing figures, including Jones, and others vowing that Jan. 6 would be the day they would fight for President Donald Trump.