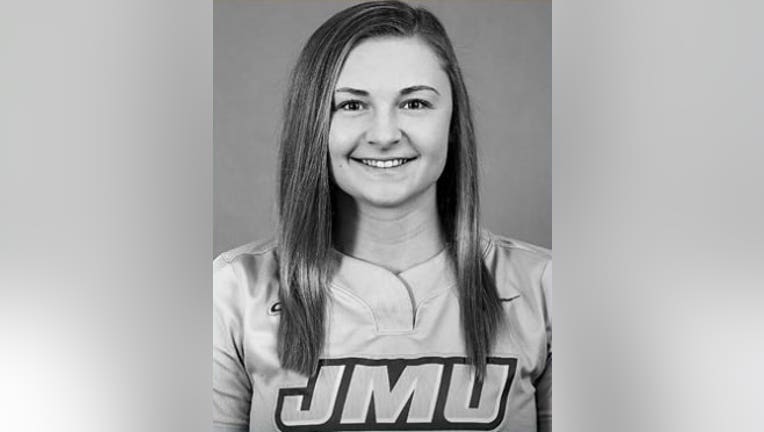 NEW YORK - The remainder of the season for the James Madison University softball team was canceled, the Virginia school announced Monday, following the death of star player Lauren Bernett.

"This was an extremely difficult decision and one that was not made lightly," JMU Head Coach Loren LaPorte said in a statement. "We are so grateful for the support of our fans all season and for the love from the softball community during the past week. We will use this time to continue healing and to honor Lauren's memory while finishing the academic semester strong. Most importantly, we're thinking about our graduating seniors whose careers have come to an abrupt conclusion. We will make sure that they are honored for the commitment and dedication they have made as student-athletes at James Madison University."

Bernett, a star catcher, died on April 26.  She was 20. The Western Office of the Chief Medical Examiner in Virginia said that Bernett died by suicide, reported USA Today.

The remainder of the season had included a contest on May 3 against Virginia and a three-game league series on May 6 and 7 against Elon. Five games were previously called off last week, including a Wednesday doubleheader against Longwood and a weekend series with Delaware.

The team ended the season at 21-21 overall and 10-5 in conference play. The Dukes won their final five games of the season. The conference games vs. Elon are counted as "no contests" and there will be no adjustments made to the league standings, the school announced.

Bernett, a McDonald, Pennsylvania native, was a key contributor for the college softball team last season on its way to the 2021 Women's College World Series. The Dukes won games against top-ranked and eventual champion Oklahoma and Oklahoma State before losing to the Sooners in the semifinals.

Last month, Bernett was named Colonial Athletic Association Player of the Week as the Dukes swept a three-game set from Drexel. She hit .778 with seven RBIs in the series.

"College athletics is great because of the people with whom we get to interact every day. We are a tight family. We are grateful that Lauren has been part of our JMU Athletics community and will always consider her to be a Duke. We will miss her dearly," the school said in a statement.

CLICK HERE https://afsp.org/risk-factors-and-warning-signs for the warning signs and risk factors of suicide. Call 1-800-273-TALK for free and confidential emotional support.