A woman who made headlines in Los Angeles after she was wrongfully imprisoned opened up about her bizarre and traumatic experience being mixed up with a suspect.

LOS ANGELES - Bethany K. Farber, 30, of Agoura Hills, swears the worst thing she’s ever done is getting a speeding ticket when she was 16.

She also adds she’s never even been to Texas. Yet, Farber had an unexpected run-in with the law over a warrant issued out of Texas.

In April of last year, the aesthetician says she was detained at LAX and later arrested after trying to board a flight to Mexico to meet her family for a vacation.

Authorities were looking for a Bethany Farber out of Texas wanted for property damage. Side-by-side photos showed the other Bethany Farber had much darker hair, and bore no resemblance to the blonde Bethany K. Farber. 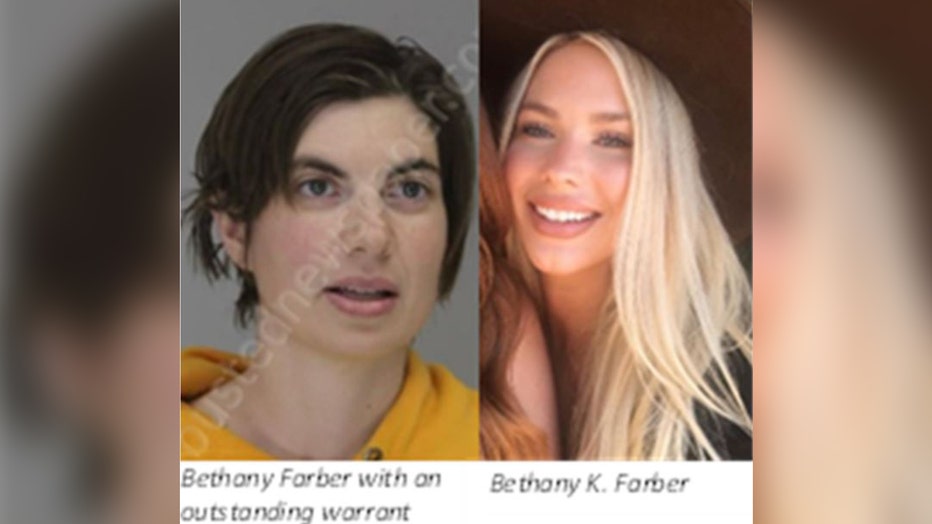 At a news conference Tuesday, in front of the LAPD, Farber along with her legal team and family unraveled a complicated, terrifying tale of mistaken identity turned into forced incarceration.

Farber told FOX 11 she tried time and time again to proclaim her innocence. She told the airport police there must be a terrible mistake and asked officers to check her passport. But she says she was handcuffed at LAX, eventually moved to a local police station and later booked into the Lynwood women’s jail.

At each juncture she protested, thinking the terrible mistake would be discovered, and she would be set free. But Farber spent almost two weeks behind bars.

She described frightening conditions in jail, instances of inmates "trying to touch her person, her hair and asking for favors she couldn’t fulfill."

Her family hired attorneys in Texas and LA and finally were able to show through Farber’s cell phone GPS that Farber was in California on the day prosecutors alleged the crime took place in Texas.

She was eventually released. But she described herself as scarred by the 13-day ordeal.

"It could happen to anyone," Farber warned.

Her attorney Rodney Biggs says he believes his client was viewed as a flight risk because she was leaving the country. He said just some simple fact-checking would have cleared his client.

"The fact no one checked her middle name, her birth date. No information representing her person… they didn’t even check basic information that Bethany was not the other Bethany Farber. "

The suit seeks $2.5 million for emotional distress and for every day Farber was incarcerated. Among those named, the City of Los Angeles, LAPD and LAX police. None of them would comment on pending litigation.