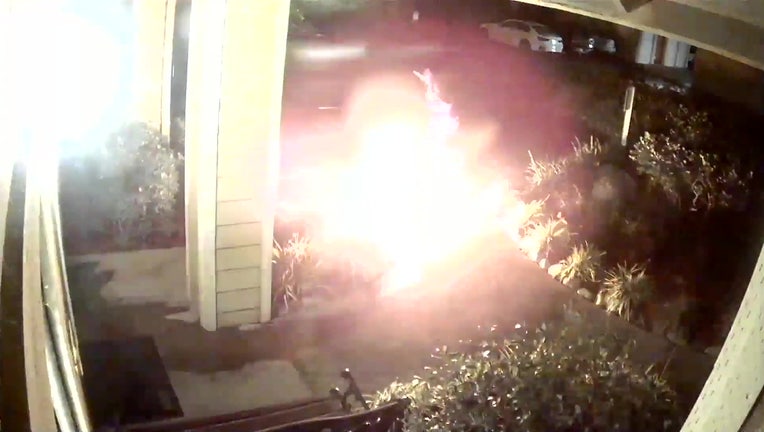 LAKE FOREST, Calif. - Fire investigators asked for the public's help in identifying an arsonist who set fire to a leasing office in an El Toro apartment complex, causing more than $100,000 in damage to the building.

Video surveillance footage captured the suspect pouring a liquid on the outside of the building on El Toro Road and then setting fire to it in the early morning hours on Tuesday, according to the Orange County Fire Authority.

An OCFA accelerant detection dog, Freedom, was brought to the scene with his handler and was able to identify areas that contained an accelerant, according to Capt. Tony Bommarito. 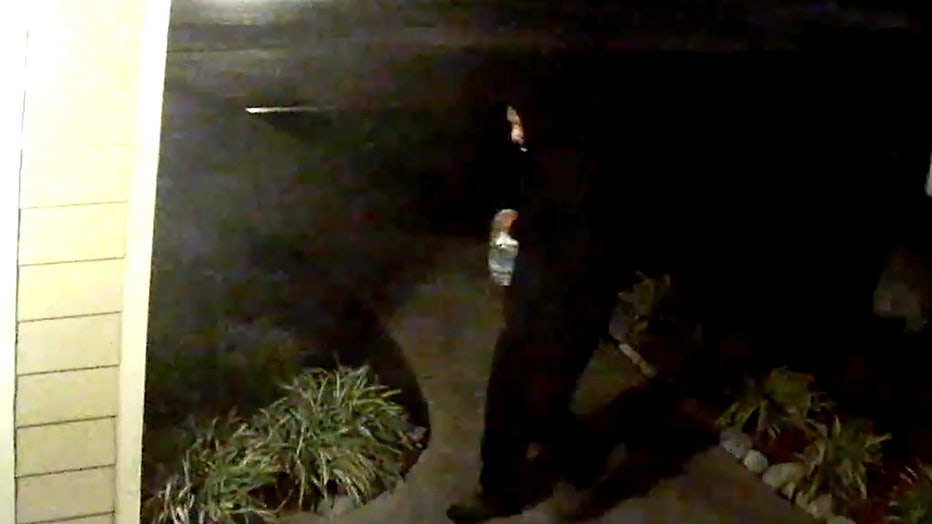 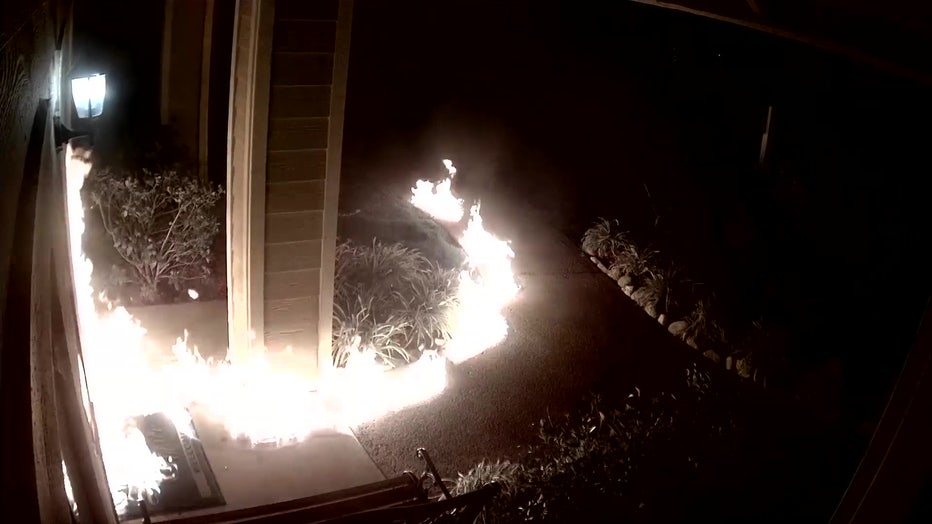 "This arson fire was started just 50 feet away from occupied apartments," according to an OCFA statement. "This appears to be a targeted attack by someone familiar with the area. Investigators need the public's help identifying this arsonist before he strikes again."