Questions are mounting about how a Gardena hospital has handled the bodies of the deceased. FOX 11 received photographs that show bodies in some type of bags with signs of leakage.

GARDENA, Calif. - There is no question that there were filled body bags outside a refrigeration unit at Memorial Hospital of Gardena, a Pipeline Health Facility.

SkyFOX obtained the images from the air and FOX 11 received photographs taken close up that show bodies in some types of bags, with some obvious leakage.

Security guards claim they were asked to move the body bags outside, while cleaning crews cleaned up the outside cooling units, and then put the bodies back in. We spoke to several people off-camera, who describe the same situation. 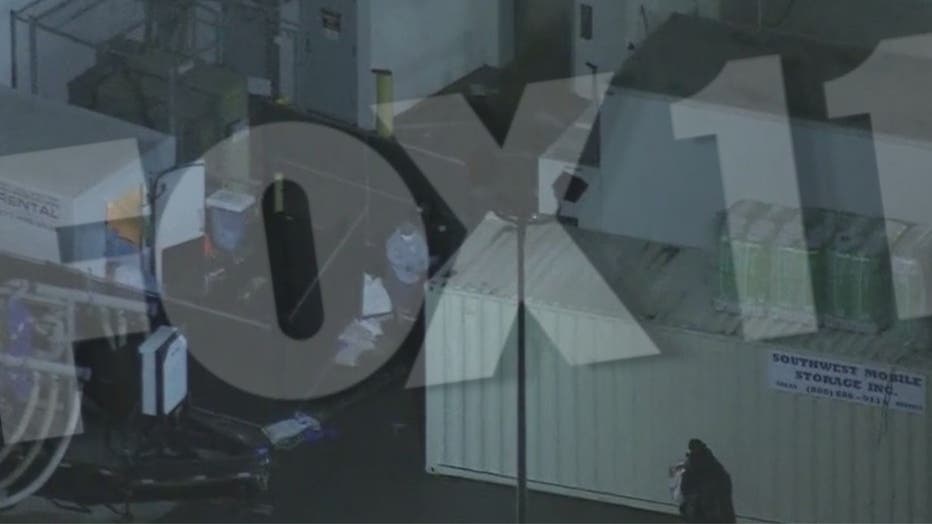 We also spoke with the owner of 1-800-Autopsy, who has been performing private autopsies for many years, and says he got calls from a mortuary about the same bodies. Vidal Herrera says the company was picking up a body and saw the "piled up, bloody body bags and didn’t know what to do."

Hospital officials sent us a statement saying that they have too many bodies, and had to reorganize the outside cooling facility to better accommodate them, but that they did not do anything outside their protocol or the law.

Herrera has his doubts, as he looks at the close-up images, saying "this is happening in small facilities, all over" and while he understands that COVID-19 has made things more difficult, he also believes hospitals need to invest in better facilities.

"It’s going to get worse with COVID surges. It’s far from over," Herra said.