Hundreds of youngsters from San Pedro, Lomita, Wilmington, Carson and beyond are in danger of losing their Little League fields.

LOS ANGELES - Hundreds of youngsters from San Pedro, Lomita, Wilmington, Carson and beyond are in danger of losing their Little League fields.

That’s when the US Navy will begin to charge "fair market value" on the properties they own, where Little League fields have been renting space, for years.  The San Pedro Girls Softball has been operating there since 1971. They have been paying about $875 annually for the last few year and fair market value would jump to an annual price tag between $10,000 and $12,000.

They are just one of the leagues being affected, so we are talking about hundreds and hundreds of youngsters having to find new places to play because most can not afford that kind of money. 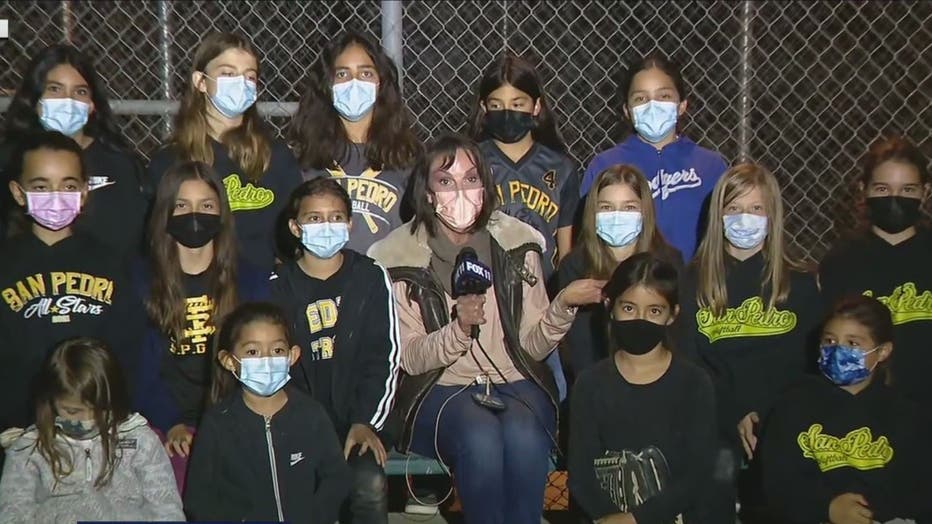 You’ll see in our story part of the statement FOX 11 obtained from the Public Information Officer at the Naval Weapons Station at Seal Beach, in essence, explaining that this comes down from the top, as in the US Secretary of Defense and Secretary of the Navy. It applies to property all over the nation.

We are just sharing the story of one group of young ladies who explain they have grown up on these fields and call them home.

But they may end up getting help from some political big leaguers in Washington, D.C. As I type, Nanette Diaz Barragan, the San Pedro’s Representative in Washington, is meeting with the Secretary of the Navy, Carlos del Toro, in Washington.

Rep. Barragan is playing hard ball, literally, and there may be an agreement. After all, any of these players could be the next star of the U.S. Olympic softball team, which they got to hang out with, by the way.

Metaphorically speaking, the little league community is hoping to recover from an 0-2 count and hit a home run in the form of a field arrangement, instead of striking out of a place to play ball. We’ll keep you updated.