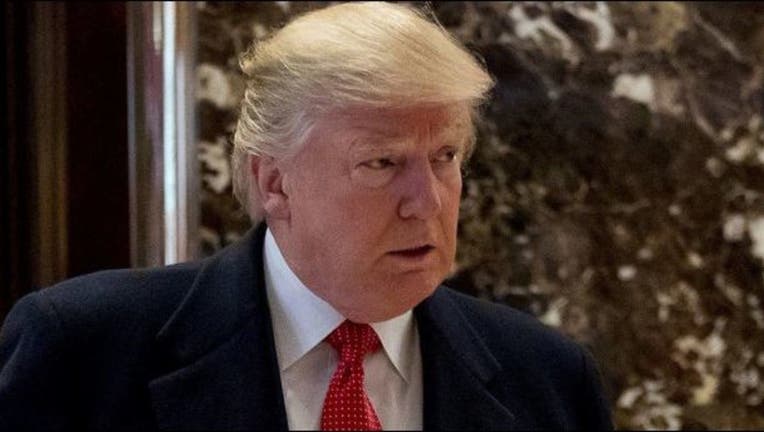 Traffic in the heart of the city was brought to a standstill by the two simultaneous marches -- March Against Trump and Rally and March by Californians Fearless and United. They began in Pershing Square about noon, and protesters walked to Grand Park where a rally was going on as of 3 p.m.

The marches and rallies were scheduled to last until at least 4 p.m., according to the Los Angeles police.

At least four large buses brought demonstrators downtown and were parked on First Street outside the LAPD headquarters while the marches went on. At least one major labor union in Los Angeles, the Service Employees International Union, was part of the protests.

The marchers brought traffic through the central part of downtown to a virtual standstill as L.A. traffic officers shut down First, Second, Third and Fourth streets to traffic from Grand Avenue down to Spring Street.

No arrests were reported during the first several hours of the demonstrations.