U.S. Marine Corps Lance Corporal Kareem Mae'Lee Grant Nikoui was killed in action while stationed at the Hamid Karzai International Airport in Kabul. Hundreds gathered to honor him during a hike in Norco over the weekend. Credit: Storyful

NORCO, Calif. - Hundreds gathered on Sunday to honor one of the Southern California Marines killed in a suicide bombing attack outside Kabul's airport in Afghanistan last week.

U.S. Marine Corps Lance Corporal Kareem Mae'Lee Grant Nikoui was killed in action Thursday while stationed at the Hamid Karzai International Airport in Kabul. He was one of 13 U.S. service members killed in the attack. 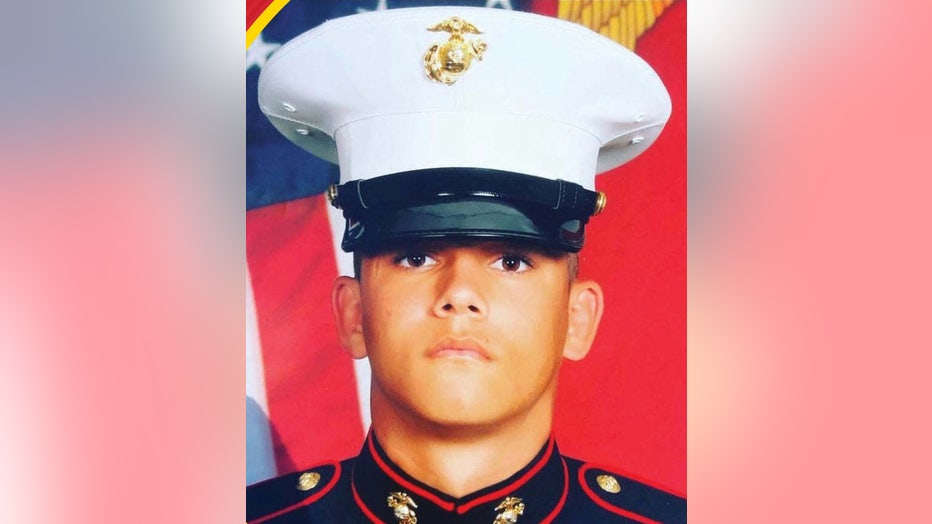 Nikoui graduated from Norco High School in 2019 and grew up attending Norco schools. He was highly involved in AFJROTC at Norco High as he pursued his dream of becoming a Marine.

Mourners from his high school paid tribute to the fallen Marine Sunday when they gathered for a hike to Pumpkin Rock, a popular hiking trail in Norco.

The city of Norco wrote that Nikoui "was committed to serving his country and is survived by his mother, father and siblings."

Lance Corporal Kareem Nikoui’s name will be enshrined on the "Lest We Forget Wall" at the George A. Ingalls Veterans Memorial Plaza, which honors Norconians who made the ultimate sacrifice while serving our nation. A Gold Star Families Memorial Monument is currently being constructed at the same location, according to city officials.

"The City of Norco respectfully salutes the service members who paid the ultimate sacrifice in Kabul, Afghanistan, and our thoughts and prayers are with their families during this difficult time," the city wrote.