LONG BEACH, Calif. (FOX 11) - A 37-year-old man is in custody after police say he threatened to ‘shoot up’ the Marriott Hotel in Long Beach.

According to the Long Beach Police Department the suspect, Rodolfo Montoya is an employee at the hotel.

On Monday they were notified by another employee that Montoya was angry with the hotel over a recent workplace activity and expressed his thoughts to cause great harm and violence against the hotel.

That employee notified the police and they soon began their investigation into the alleged threat. According to police, Montoya threatened to ‘shoot up’ fellow employees and those coming into the hotel. 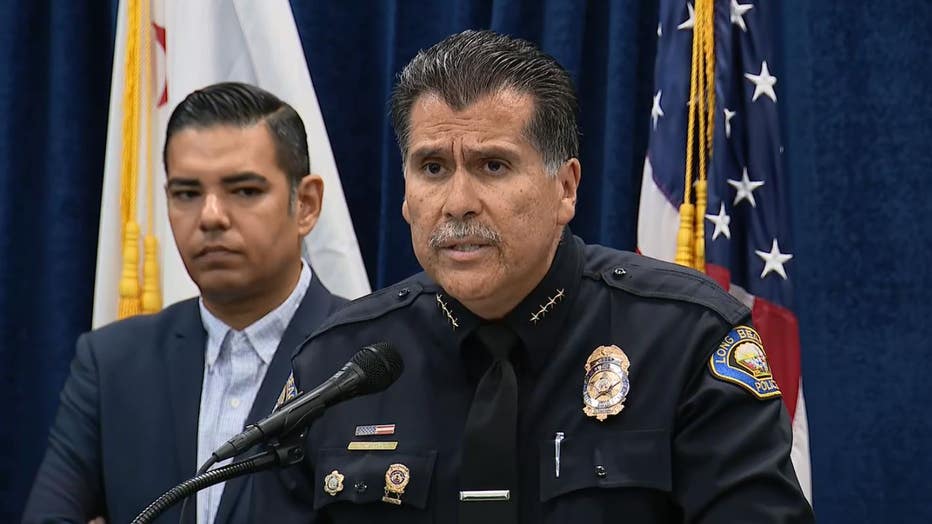 The suspect was located Tuesday at his home in Huntington Beach and taken into custody.

“Had plans, intent, and means to carry out an act of violence that may have resulted in a mass casualty incident” said Police Chief Robert Luna.

During a press conference Wednesday Chief Luna said officers found firearms and ammunition that Montoya had access too. They seized several weapons. Chief Luna went on to say Montoya does not have a criminal history and there is no indication he is prohibited from purchasing firearms. He did say some of the firearms seized from his home are illegal to possess, including high-capacity ammunition magazines.