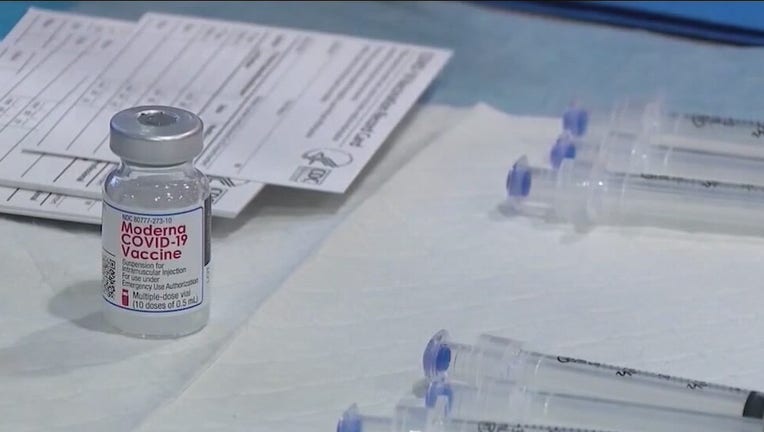 LOS ANGELES - California continues to experience a vaccine shortage after harsh winter weather across the nation caused delays in delivery.

But the state is making great progress in lowering the spread of the virus.

While visiting a vaccination site in Los Angeles, Gov. Gavin Newsom said hospitalizations are down 41% and ICUs are down 38%.

Since the beginning of the pandemic, California has reported 3,441,946 total positive cases and 49,105 total deaths… the highest in the nation.

Despite the grim death count, the positivity rate for people being tested has been falling for weeks, which means fewer people will end up in hospitals.

Currently the state’s positivity rate stands at 3.1%, while one month ago it stood at 9.3%.

In Los Angeles County, the number of coronavirus cases in county hospitals dropped to 2,369, with 30% of those patients in intensive care. Hospitalizations have been dropping steadily since peaking at more than 8,000 in early January.
The county has reported a total of 1,180,485 cases and 19,885 deaths since the pandemic began.

Newsom visited two mobile vaccination sites in Los Angeles on Sunday afternoon to highlight the state's efforts to vaccinate hard-to-reach and disproportionately affected communities, as equity issues in the distribution of the shots continues to vex health officials.

Vaccination rates among eligible Black residents lag far behind other ethnic groups, according to data released Friday by the Los Angeles County Department of Public Health. Black residents represented just 5.2% of all
people who had received at least one dose of COVID-19 vaccine as of mid-
February, while 33.5% were white, 23.1% Latino/a and 19.1% Asian.

Only 24% of Black residents aged 65 and older have received at least one dose of the vaccine, compared to 42.8% of white residents 65 and up.

RELATED: Southern California Vaccine Finder: Where to get your COVID-19 shot

During a virtual briefing Friday, Dr. Paul Simon, the county health department's chief science officer, said the county is planning a number of steps to address the inequities, such as prioritizing the establishment of more vaccination sites in areas with the lowest rates, expanding mobile vaccination services to serve older residents and people with limited ability to travel to vaccine sites.

The county is also reserving doses so they can be administered in under-served communities, with 6,000 to 7,000 doses expected to be reserved next week for South Los Angeles and 1,000 to 2,000 in the Antelope Valley.