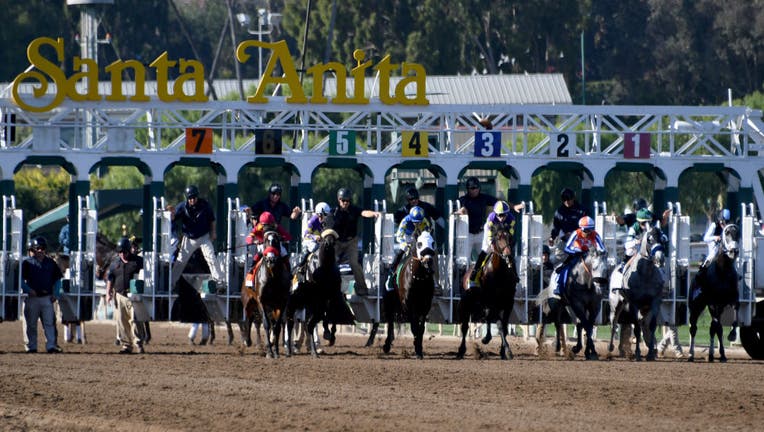 ARCADIA, Calif. - A 4-year-old colt suffered a fractured leg while training at Santa Anita on Thursday and was euthanized.

Unveiled is the eighth horse to die at the track since Santa Anita's winter/spring meeting began Dec. 28. A total of 45 horses have died at the facility since December 2018.

According to park officials, Unveiled suffered the injury while galloping on the main track during morning training.

"After diagnostics and x-rays were performed at the Equine Hospital, it was determined to be an unrecoverable injury and, per recommendation from the attending veterinarian, the horse was humanely euthanized," according to the track.

Animal-rights activists have pointed to the continuing horse deaths as they push for an end to horse racing in the state.

Santa Anita officials, however, have countered that the park has taken extensive steps aimed at protecting horses and boasts one of the best safety records in the industry.