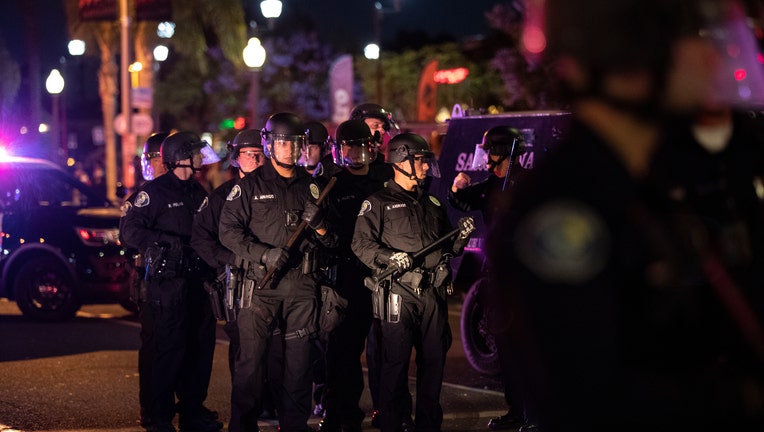 LOS ANGELES - The Los Angeles Police Department announced Tuesday that homicides in the city increased 250% over the previous week, and the number of people who were shot increased by 56% during the same period.

The increased numbers were recorded during the week of May 31-June 6, but officials also reported continued violence this week.

"The past 24 hours has seen four shootings, one of those resulting in a homicide," an LAPD statement said.

The homicide occurred about 5:20 a.m. Tuesday in the 800 block of North Vermont Avenue in the east Hollywood area. The victim, a man in his 40s, died at the scene. No information was available on the man's identity, or on a suspect.

The other three shootings:

— At about 2:10 p.m. Monday, a person was wounded near Daley Street and Manitou Avenue in the LAPD's Hollenbeck Division by a man who fled in a vehicle. The victim was hospitalized in stable condition.

— At about 3:45 p.m. Monday, a person was wounded in a gang-related shooting near Spaulding Avenue and Cologne Street in the LAPD's Wilshire Division by shots fired from a vehicle. The wounded person was hospitalized in stable condition.

—  At about 9:20 p.m. Monday, "multiple" victims were wounded in a gang-related shooting near Telfair Avenue and Sheldon Street in the LAPD's Foothill Division by someone in a truck that sped off. All were hospitalized in stable condition.