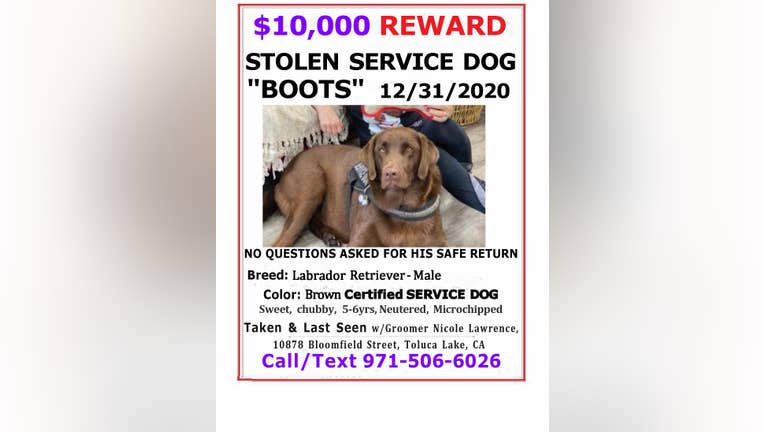 VAN NUYS, Calif. - A homeless man is suing a woman who allegedly promised to bathe his service dog, Boots, in December, but never returned with the animal after taking it from the Sherman Oaks store where the plaintiff works.

RELATED: 'I am at a loss for words': Homeless man heartbroken over stolen service dog, $10,000 reward offered

"Boots is my baby and he is my life," Nicholos said in a sworn declaration attached to the suit. "My life has been devoted to Boots for six years. He is well-fed, gets regular veterinary check-ups and is doted on. We have a camp where we live together." 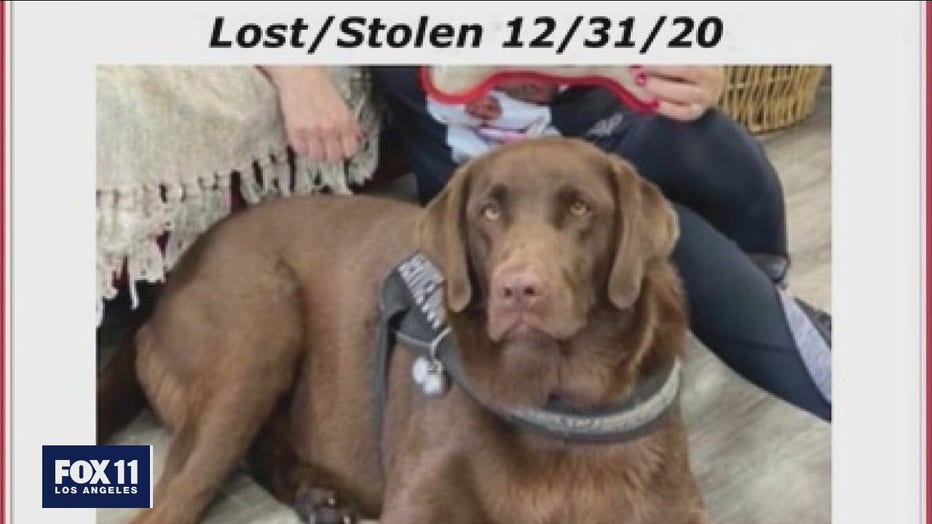 Boots is a "very unique chocolate brown Labrador Retriever" and "Jimmy's beloved service dog," the suit states, noting "There is only one Boots."

Nicholos seeks at least $100,000 in compensatory damages, unspecified punitive damages and that Lawrence is ordered to return Boots to him.

Lawrence could not be immediately reached. 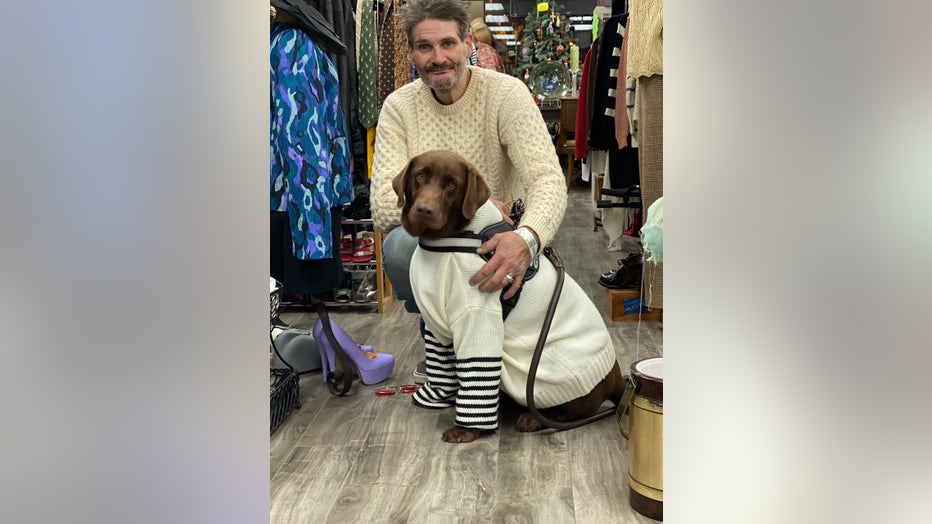 Nicholos, although homeless, works at the START Rescue resale store on Van Nuys Boulevard, according to his suit.

Lawrence was a customer of the START store who told Nicholos she was a dog groomer, the suit states.

On Dec. 31, she offered to bathe Boots and return him to Jimmy at the store, the suit states. Nicholos agreed on the condition the dog be returned before 5 p.m., and Lawrence picked up the animal at the business that afternoon, according to the suit.

However, Lawrence "failed to return Boots to Jimmy on Dec. 31 or on any day thereafter," the suit states. Lawrence later called Nicholos and said she lost Boots at a park about an hour after picking him up, but there was no park at the location where she claimed to have last seen the animal, according to the suit.

Lawrence later maintained she lost Boots at a different park when two vagrants approached her, prompting her to hide behind a tree and lose her grip on the leash, allowing the dog to run away, the suit states.

On Jan. 1, Lawrence turned off her cell phone and stopped returning messages and has not turned on her telephone since, the suit states. A volunteer group posted fliers in Lawrence's neighborhood asking for assistance in finding Boots, but Lawrence did not help look for the animal, the suit states.

On Jan, 3, a neighbor of Lawrence said he saw her walking Boots in their neighborhood on New Year's Day, but the man refused to give his name, the suit states.

Nicholos has been "distraught, crying and unable to sleep, eat, focus or work as he is worried about Boots and is without Boots' calming assistance as his service dog," the suit states.