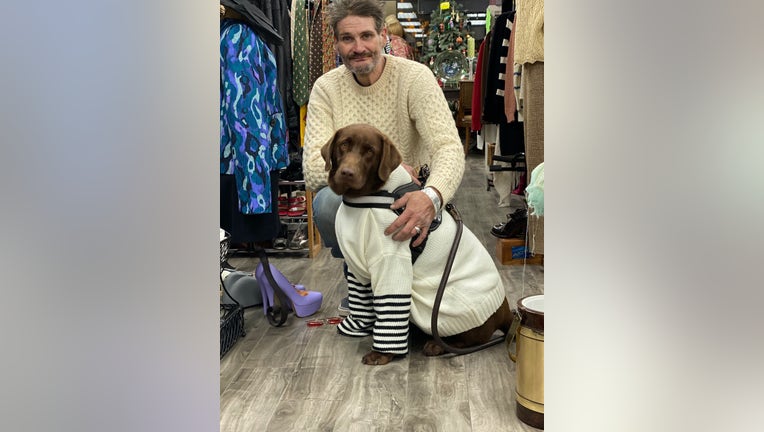 SHERMAN OAKS, Calif. - A homeless man is heartbroken after his service dog disappeared on New Year's Eve in Sherman Oaks.

A homeless man in the San Fernando Valley has been struggling ever since his service dog disappeared. A woman took him to be groomed, but never brought him back.

Jimmy Nicholos is pleading with the public to bring his best friend 'Boots' home and a $10,000 reward is being offered. 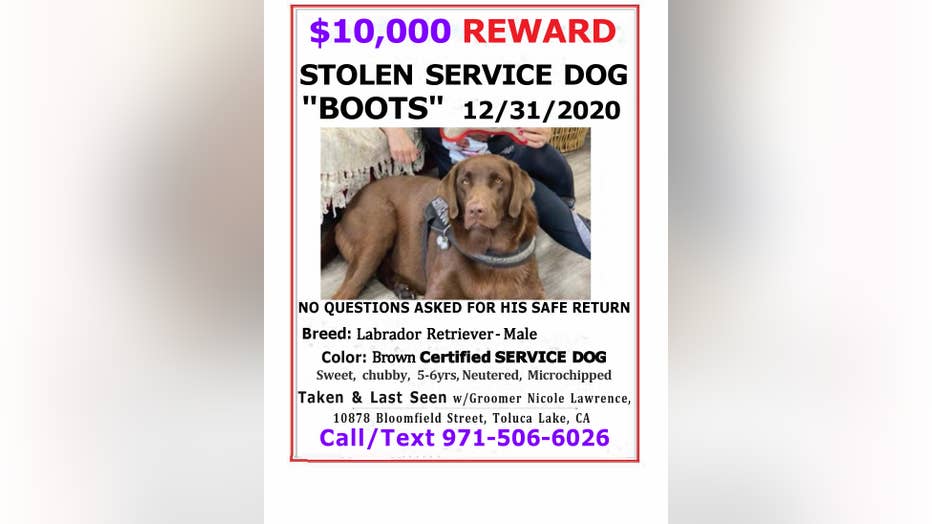 Apparently, this past New Year's Eve, a woman walked into the store and offered to groom his dog.

Nicholos said the woman had groomed his dog once before so that's why he agreed, but she never returned his beloved 'Boots' to him.

Later that day, the woman called the store and claimed she took 'Boots' to the park and he ran away. 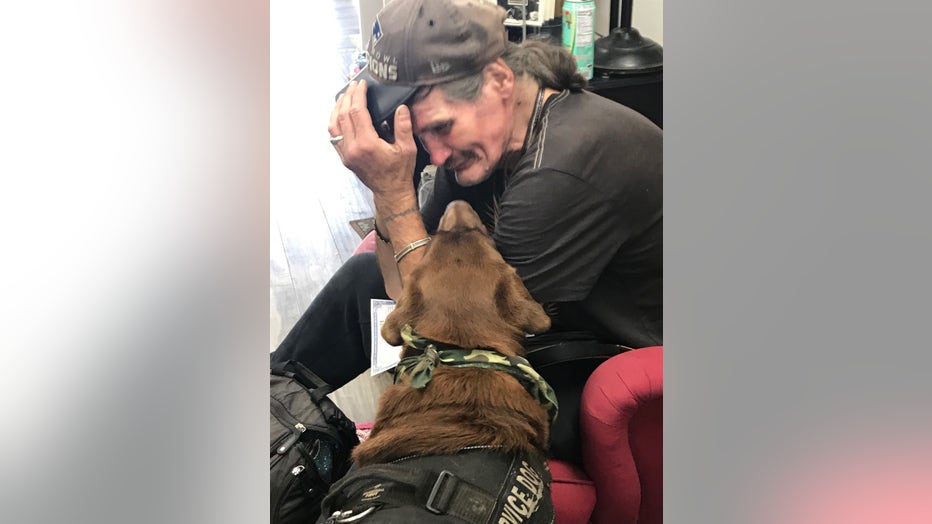 Nicholos is heartbroken over the situation and tells FOX 11, "He is my baby. I got two kids. I never got to raise and when that happened he was the only thing that kept me sane. He never asked for nothing only a little love. I am at a loss for words."

The owner of the store thinks the woman's story is suspicious and doesn't make sense. She says the woman said two men approached her and she ran. She then lost 'Boots' in the process.

After the incident, Nicholos and the store owner called the woman several times, but she never returned their calls.

A police report has been filed.