A local culinary treasure began its journey in Cuba. FOX 11’s Gigi Graciette shares the story of the Porto family.

LOS ANGELES COUNTY, Calif. - The family behind an iconic bakery in Los Angeles is sharing their story.

From sweet to savory, to the classic Medianoche sandwich, to the Pastelito de Guayaba, and Café con Leche, Porto’s is a culinary treasure not to be missed.

"We always try to stay true to our roots because we know that people come here because what we offer is unique and different," said Beatriz Porto. Porto's is is a multimillion-dollar business, but at its heart and at its culinary core, it is still Rosa's Restaurant, a family-run business that started in Rosa Porto's kitchen in Cuba.

"She came from a family of businesswomen," Beatriz Porto explained about her mother. "There were all her little stores in Cuba, so she grew up in that environment where you can do it."

It was the 1960s when Roseanne Raul Porto immigrated from Cuba to California with three small children and only the clothes they were wearing. But they brought with them Rosa's grandmother's recipes, along with a strong work ethic and a dream.

"Her dream was really to be self-employed, and I think that's very relatable to a lot of Latinos. They define themselves with their work," she added.

When the family settled in Los Angeles, Rosa continued baking and selling her specialty cakes and those famous potato balls. But when the line of her customers got too long, she knew it was time to make her dream of owning a bakery a reality. 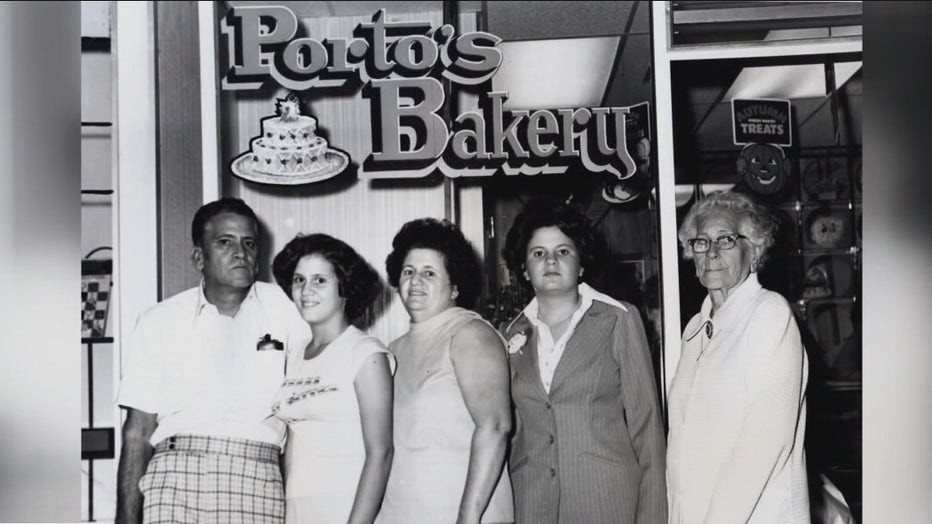 "Really, the only challenge we faced was getting a loan. We needed to get a $5,000 loan. And that was a big challenge because we had no collateral," Porto recalled. 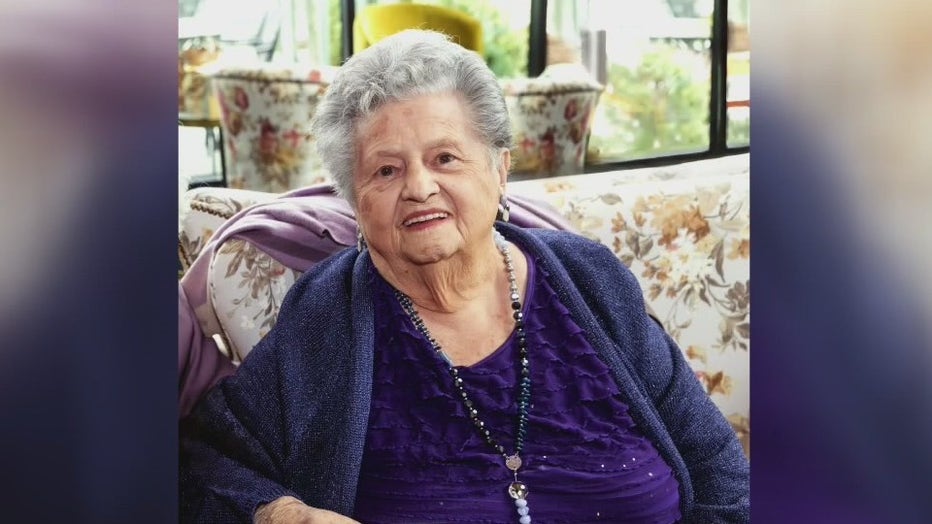 Porto's officially opened in 1976 on Sunset Boulevard in Echo Park and the rest is history. Porto's success, the family says, was built on Rosa’s no excuses mentality her "si se puede," mindset. 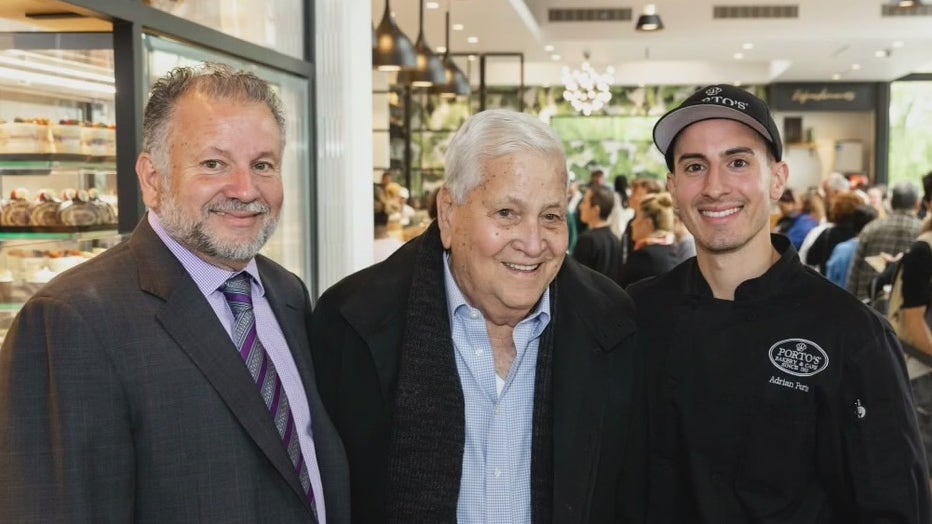 Raul Porto is now 89 and retired.

Rosa Porto passed away in 2019 at the age of 89 and she was still cooking and creating in her senior years. Her three children now run the family business alongside four of her seven grandchildren. Her grandchildren were her pride and joy. 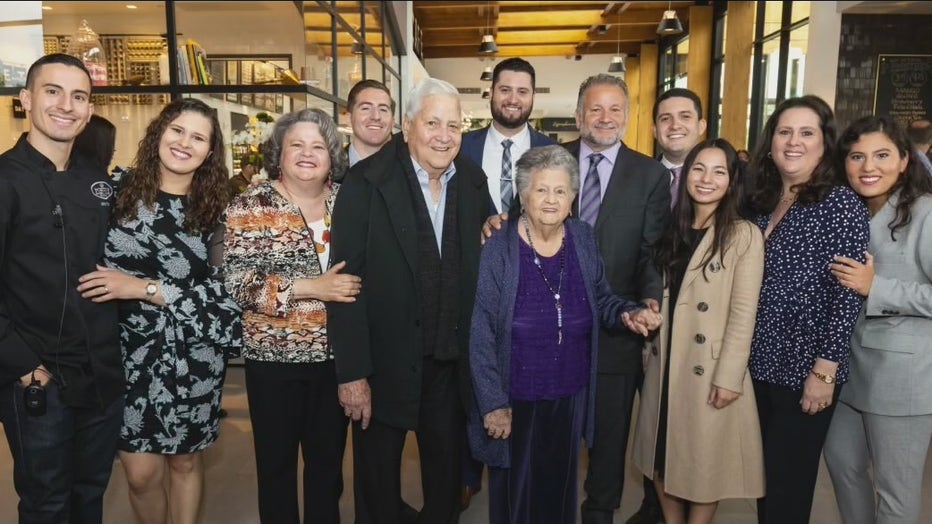 She would tell them, ‘I'm doing this for you. ‘So, it was all for them. This was her legacy," Beatriz Porto said.

Six decades later, Porto's has grown from one employee, Rosa, to over 1,500 and from one location to five, with more being built along with a thriving new online business.

But some things haven't changed. Everything is still cooked fresh daily. The bread and sweets are all baked in-house with particular attention to detail like airbrushing the sugar glaze, the mariquitas (plantain chips) are fried and salted to perfection and the sandwiches are made to order.

But ultimately, it’s all about the potato ball or the "Papa Rellena". 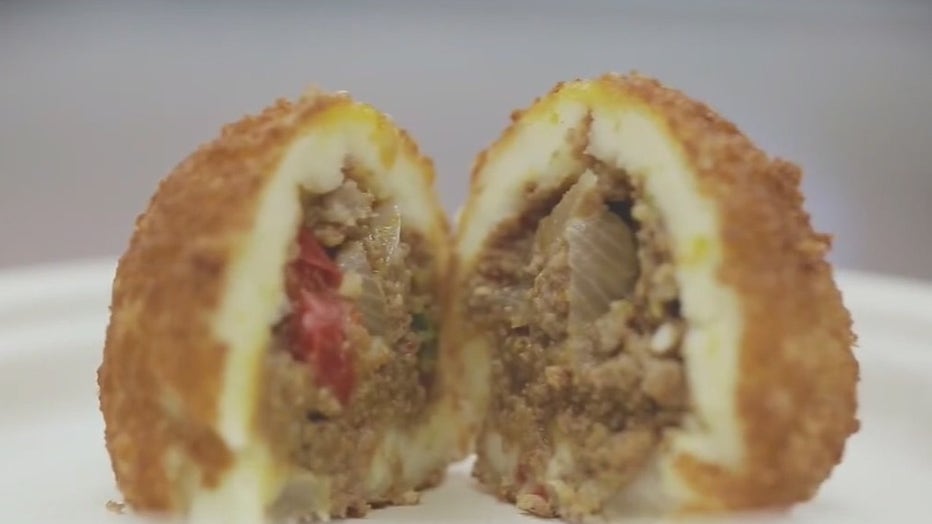 Beatriz Porto says her mom got a kick calling them "potato balls," and found it hilarious.

Porto’s is a successful immigrant success story and is a legacy of hard work and love.

Porto’s is set to open a new location in Northridge this winter and they are hiring at multiple locations.