LOS ANGELES - Officials with the U.S. Forest Service are investigating to see if a hiker who got lost entered an unauthorized area.

According to the U.S. Forest Service, the lost hiker was found deep inside the closure area of the Bobcat Fire… one of southern California’s largest wildfires.

45-year-old Rene Compean was reported missing Monday, April 12 by his friend. Compean texted a photo to his friend saying he was lost and his phone was dying. With the help of social media, a community member was able to identify the location in the picture and help search crews find Compean.

Just a few days after Compean was found the U.S. Forest Service says they are looking into his possible unauthorized entry in the Bobcat Fire closure area. 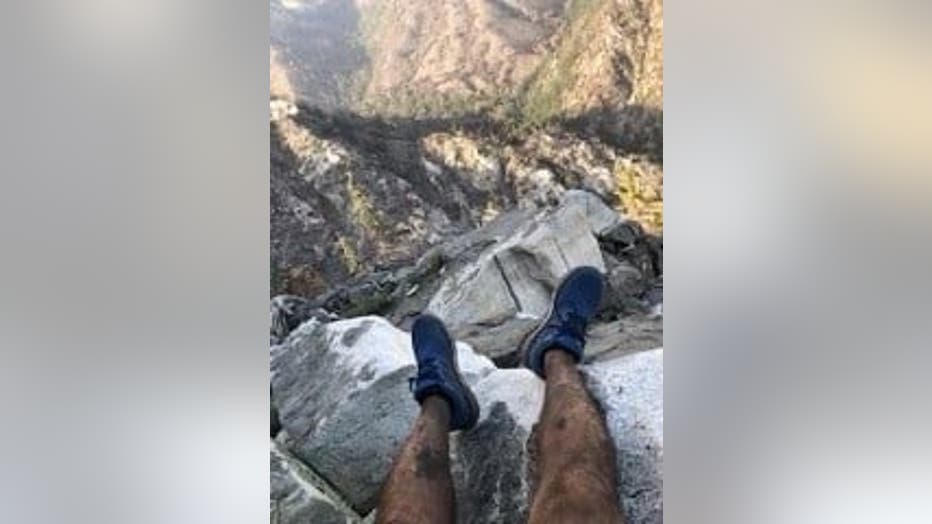 Officials say footage from the area showed wilderness landscapes that were scorched by last year's fire. The hiker was located near Triplet Rocks, deep inside the Bobcat Fire closure area.

The forest service says that remote area is one of the least accessible locations in the San Gabriel Mountains and it has no maintained routes and is noted for its steep, rocky terrain.

Officials say the hiker was bruised and marked by soot from wandering through the blackened terrain. All forest signage and location markers were all burned in the fire.

"The Bobcat Fire Closure Area is a federally closed area," says Captain Russ Tuttle, Chief of Law Enforcement for the Angeles National Forest. "These areas are closed for public safety."

Tuttle also said the closure of the area is important for forest recovery.

He says entering a fire closure zone is a misdemeanor crime and can result in up to six months in jail and up to a $10,000 fine.

"The public needs to know these areas are off-limits for their protection and that of the forest." The Angeles National Forest plans to consider all legal options as it investigates," Capt. Tuttle said.

RELATED: Some homes saved, others lost as the Bobcat Fire continues its run into the Antelope Valley

The Bobcat Fire erupted in the Angeles National Forest on Sept. 6, 2020. It scorched more than 180 square miles of forest, destroyed 171 structures and threatened the Mt. Wilson Observatory. Fire officials say the wilderness landscape will take decades to recover.