Four people hurt after shooting at a Willowbrook transit station

The Los Angeles County Fire Department responded to a call of a shooting at the Willowbrook/Rosa Parks Station at about 7:45 p.m. 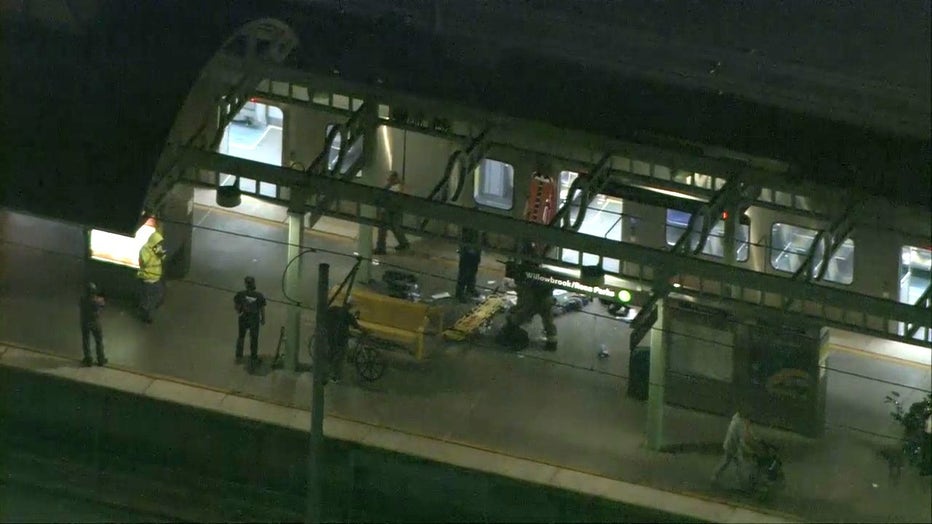 It appears an argument broke out prior to the shooting.

"There was a big argument and I saw the gun come out and he started firing into a bunch of people,'' said witness Andrew Maynard.

"He started shooting again. I don't know if there was another gun or he reloaded it. I crouched down and as the guy ran towards me they shot him but it only shot him in the leg. It was pandemonium, complete pandemonium,'' he added.

The suspects ran out of the train after the doors opened at the Willowbrook/Rosa Parks Station. Deputies are searching for the suspects involved.