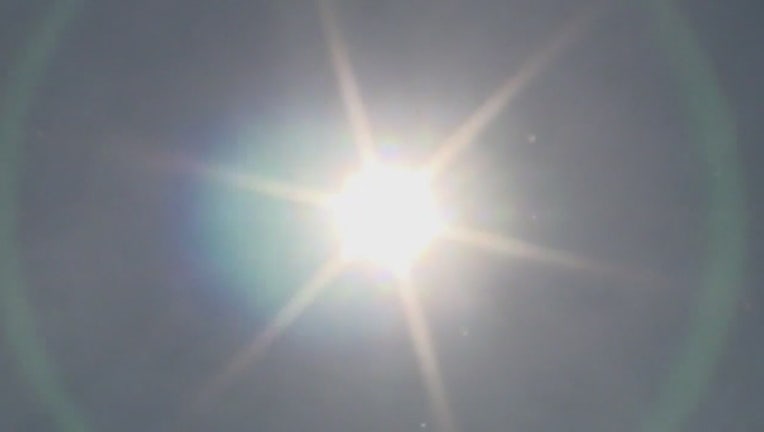 Temperatures are also expected to hit the 90s next week in parts of the San Gabriel Valley, but they won't be as high or as widespread as in the other valleys, with highs of 91 forecast in Pasadena on Monday, Tuesday and Wednesday. Similarly, some Orange County communities are expecting highs in the low 90s next week, with Anaheim, for example, due to hit 91 Monday, 92 Tuesday and 91 Thursday.

NWS meteorologist Dave Bruno said from his monitoring station in Oxnard that conditions may warrant the issuance of heat advisories for some L.A County valley areas next week. In San Diego, where Orange County conditions are monitored, NWS meteorologist Bruno Rodriguez said the temperatures reaching the 90s would be 10-15 degrees above normal and would constitute heat wave conditions.

Off the coast, a small craft advisory mean to discourage inexperienced mariners from sailing in small vessels will be in effect from noon to 3 p.m. Friday, and a gale warning from 3 p.m. to 9 p.m. amid northwest winds of 20 to 30 knots, with gusts of 35 knots and combined seas of 8 to 10 feet.

The NWS forecast partly cloudy skies Friday and highs of 63 on Mount Wilson; 68 in Avalon; 72 in Long Beach; 73 at LAX; 77 in Downtown L.A.; 79 in Pasadena; 80 in Burbank, San Gabriel and Saugus; and 81 in Woodland Hills. Temperatures will stay the same or decline slightly Saturday, then climb marginally Sunday before a ramp-up Monday.

Sunny skies were forecast in Orange County Friday, along with highs of 61 on Santiago Peak; 66 in Laguna Beach; 68 in Newport Beach and San Clemente; 69 on Ortega Highway at 2,600 feet; 74 at Fremont Canyon; 75 in Mission Viejo; 76 at Trabuco Canyon and in Fullerton; and 78 in Yorba Linda, Anaheim and Irvine. Temperatures will stay the same or decline slightly Saturday, begin rising Sunday and hit the 90s Monday, Tuesday and Wednesday in Yorba Linda, Fullerton, and Anaheim.