Aykroyd is known for his deadpan sense of humor for his iconic role as a member of the "Ghostbusters."

Fans can also look forward to seeing their favorite ghoul-catching scientist Dr. Raymon Stantz, reprised by Aykroyd in "Ghostbusters: Afterlife" which is slated to be released in November 2021. 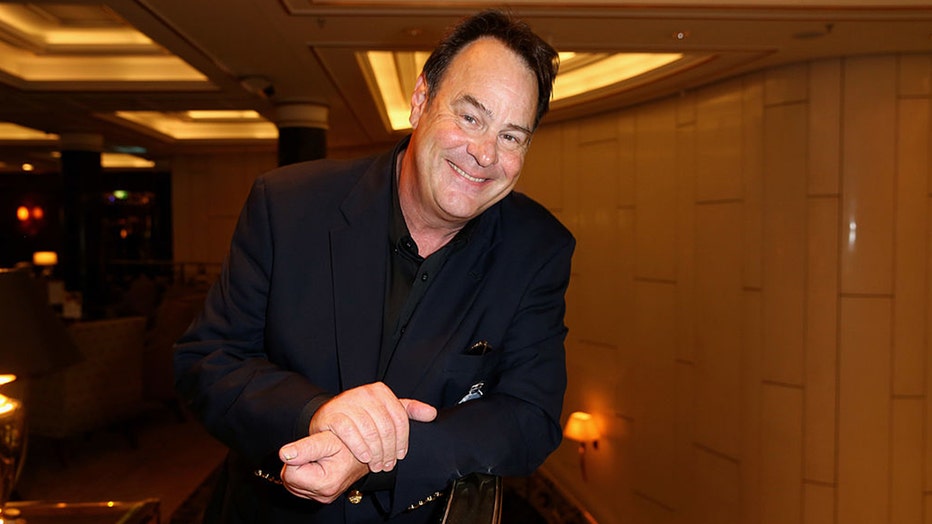 Aykroyd brought musical and comedic entertainment to theaters and TVs across the globe, whether it was with the "Coneheads" or the musical sensations from "The Blues Brothers."

Mark the Hollywood star’s birthday with these movies that are free to stream on Tubi:

Spies Like Us (1985): Starring Chevy Chase, Dan Aykroyd, Steve Forrest and Donna Dixon
"Chevy Chase and Dan Aykroyd star in this Cold War farce as two complete misfits who aspire to spy for the CIA. Much to their surprise, they are trained as operatives and sent to Central Asia. But the biggest secret of their covert operation is that they are expendable decoys—for another team of agents sent on the real mission—and no one expects them to survive."

My Fellow Americans (1996): Starring Jack Lemmon, James Garner, Dan Aykroyd and Jon Heard
"When two former U.S. Presidents and bitter rivals learn of a current White House corruption scandal, they risk everything by teaming up to expose it."

Into the Night (1985): Starring Jeff Goldblum, Michelle Pfeiffer, Richard Farnsworth, Dan Aykroyd and Kathryn Harrold
"When two strangers, a sleepless engineer and a model on the run, meet in the middle of a Los Angeles night, any zany thing can happen. And it does."

The Couch Trip (1988): Starring Dan Aykroyd, Walter Matthau, Charles Grodin, Donna Dixon and Richard Romanus
"When an escaped mental patient poses as a renowned psychiatrist on a live radio show, he is a surprise hit. But can he keep the charade going?"

The Gift Of Winter (1974): Starring Dan Aykroyd, Valri Bromfield and Gilda Radner
"Long, long ago the world didn t have any snow and winter was a time of wind, darkness and cold. One day an unlikely group of rebels with a heartfelt cause to transform the season marched to the Ministry of Winter to demand change and persuade the all-powerful, icy hearted Winter to use his magic and bestow a great gift upon the world. It s a gift that makes the season full of wonder and joy, it is The Gift of Winter."