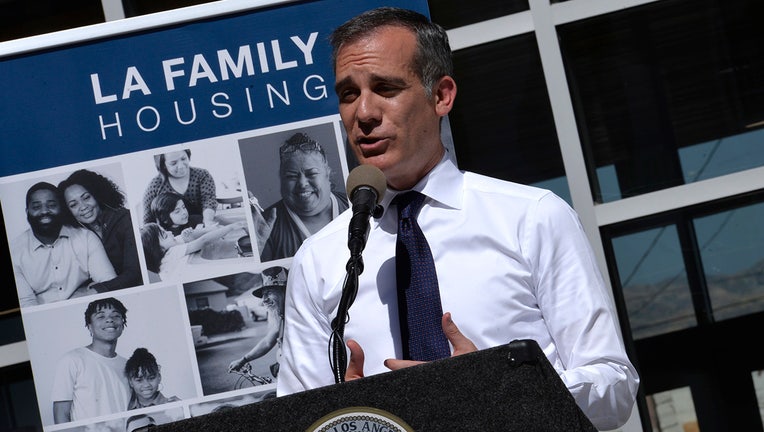 LOS ANGELES (CNS) - The group seeking to recall Los Angeles Mayor Eric Garcetti over the state of homelessness in the city filed a renewed notice of intent today, accusing the mayor of lying in his response to their first recall notice.

Alex Datig, head of The Committee to Recall Mayor Eric Garcetti, said the mayor's response to the group's first filing on June 28 was inaccurate about the number of homeless people who were housed in the last year.

She cited City Controller Ron Galperin's report two weeks ago that stated the Los Angeles Homeless Services Authority was not meeting its goals to get people into housing. LAHSA responded by saying it was limited because of a lack of available housing.

"The mayor's answer accused the committee of having a `fraudulent' and `misleading' petition, however, the committee used numbers and statements in our petition from the Los Angeles Homeless Services Authority, the agency Garcetti oversees," the committee claimed Wednesday.

Datig told City News Service she doesn't have a replacement candidate in mind if the recall effort makes it to the ballot, and she's not running for office herself. But she said she's been fed up with what she called inaction on homelessness by the mayor.

"I feel like I can't even go to the grocery store," Datig said, referencing the number of homeless people sleeping on the streets. She added that she's also been frustrated with rat infestations downtown and the blocks of tents that line the city's sidewalks.

Datig said there was also a procedural problem when they were notified of the mayor's initial recall-petition response, which is required within 21 days of a recall filing. The first notice has been withdrawn and replaced with the new one filed Wednesday, restarting the 21-day clock for Garcetti to respond.

Datig created the website www.recallthelamayor.com, which posts news articles and broadcast clips on homelessness in Los Angeles, and also outlines her reasons for why she believes Garcetti should be removed from office.

In June, Bill Carrick, a campaign consultant for Garcetti, said the recall effort is nothing more than a "political game," and he insisted the mayor has done significant work to address the city's homelessness crisis.

"The mayor has invested time, effort, energy and focus to try and deal with what is a city crisis," Carrick said. "To play games with a stunt- driven recall is just unfortunate."

If the recall effort is eventually certified by the clerk's office, Datig and her supporters would have to collect nearly 315,000 signatures of registered city voters.