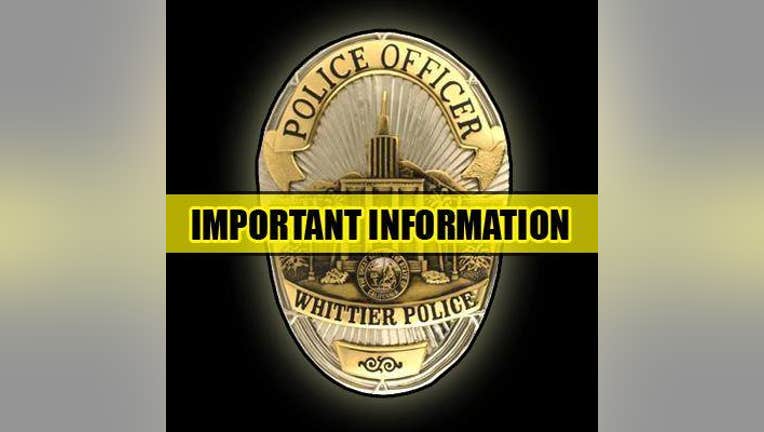 WHITTIER, Calif. - A 13-year-old girl reported that a man tried to lure her into his car in front of a middle school in Whittier on Tuesday.

Officers were called about 2:30 p.m. to Dexter Middle School at 11532 Floral Drive to investigate the encounter, according to the Whittier Police Department.

The girl said she was waiting for a ride in front of the school "when a male adult pulled up in a car and told her she needed to get in," police spokesman Officer John Scoggins said.

"She refused and he replied, `I'm dead serious, you need to get in the car,"' Scoggins said. "She ignored him and walked back towards the school office. He drove off westbound Floral Drive and out of sight."

The girl described the man as Hispanic, 30-40 years old with dark hair, dark eyes and a "chubby" face. He was wearing a white T-shirt and was driving an older model, dark blue, 4-door sedan with tinted windows and dents on the rear fender.

Anyone with information about the suspect was urged to call Detective Adrian Bobadilla at 562-567-9283 or the Whittier Police Department tip line at 562-567-9299.