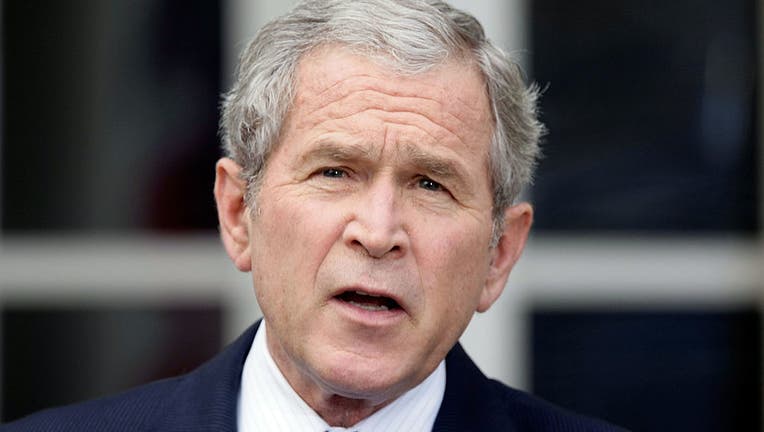 BEVERLY HILLS, Calif. - Former President George W. Bush spoke Sunday night in Beverly Hills, and although there was a protest at the venue, police reported no trouble or arrests.

Bush spoke at the Saban Theatre at 7 p.m., offering his "thoughts on eight years in the Oval Office, the challenges facing our nation in the 21st century, the power of freedom, the role of faith and other pressing issues," according to the Distinguished Speakers Series of Southern California, which is presenting the speech, along with one at 8 p.m. Monday at the Terrace Theater in Long Beach.

Sunday's speech comes eight days after Bush made a 10-minute address at the Flight 93 National Memorial in Shanksville, Pennsylvania on the 20th anniversary of the 9/11 attacks, recalling the attacks, their aftermath, the military response and the attempt by passengers and crew of Flight 93 to regain control of the plane from the hijackers.

A group of about 30 protesters gathered outside the Saban, according to Beverly Hills police Sgt. Richard Billingsley. There was no trouble and no arrests and the protesters left shortly after Bush did, he said.

"War Criminal and former President George W Bush is scheduled to speak in LA & LB on 9/19 and 9/20 as part of the Distinguished Speaker Series of Southern California. His presence is unwelcome and his characterization as `distinguished' is laughable. ARREST BUSH NOW!" Answer Coalition tweeted, citing the U.S. invasion and occupation of Afghanistan and Iraq under Bush's watch.

In addition to Beverly Hills and Long Beach, speakers will appear at locations in Pasadena, Redondo Beach and Thousand Oaks.

For tickets and other information, visit speakersla.com/speakers/.