A new billboard on South Capitol Street has gone up to promote dialogue about racial and social justice.

WASHINGTON (FOX 5 DC) - An activist group teamed up with artist Don Perlis to install a billboard in D.C. to commemorate the death of George Floyd – and to call out for social justice.

The picture shows in stark detail the violent act that took the life of the Minneapolis man – when a police officer locked his knee into Floyd’s neck and refused to move despite his pleas.

The incident sparked demonstrations and outrage nationwide – including some protests that devolved into clashes between police and protesters. 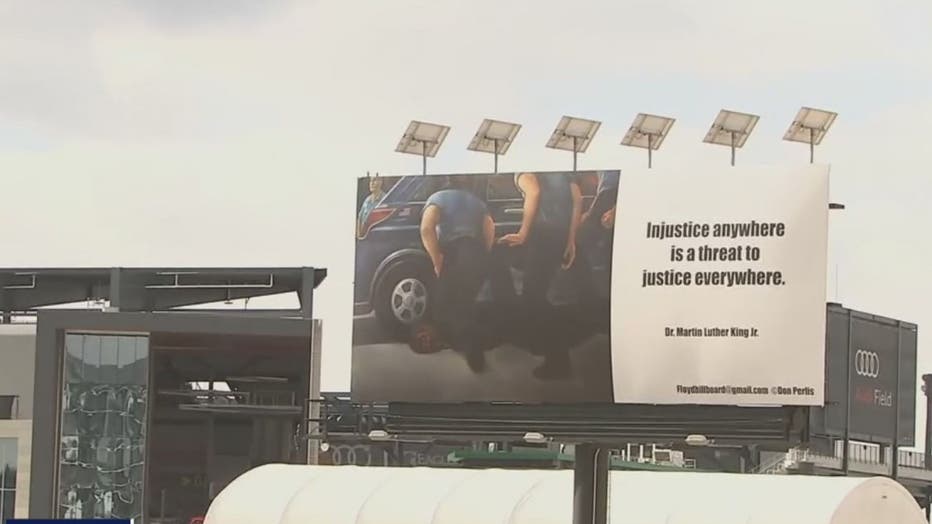 The picture is paired with a quote from Martin Luther King, Jr.: "Injustice anywhere is a threat to justice everywhere."

Artist Don Perlis said, "I wanted to memorialize George Floyd and make an image that his death would not be forgotten."

You can find the billboard on South Capitol Street in D.C.

The billboard’s financial backers say they hope it raises awareness about human rights.