Angelenos are paying $3 more per gallon than the national average.

LOS ANGELES - The average price of a gallon of self-serve regular gasoline in Los Angeles County rose seven-tenths of a cent to a record $6.466 Monday, topping the previous high of $6.462 set June 14.

The average price has risen 31 consecutive days, increasing $1.22, including 1 cent Sunday and 15.3 cents Thursday, the largest daily increase since the record 19.2-cent hike on Oct. 5, 2012, according to figures from the AAA and Oil Price Information Service.

The increases Sunday and Monday are the smallest since a half-cent increase Sept. 19.

Gas prices in California have gone up every day for the last month, with prices breaking records on Monday. 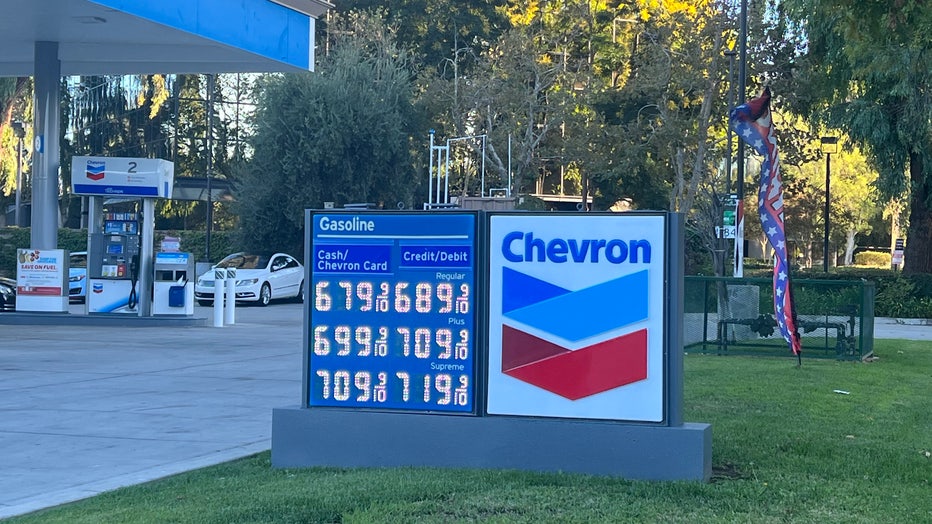 The rising prices are the result of insufficient supply to meet demand caused in part by reduced production of gasoline from refineries undergoing maintenance, Marie Montgomery, a public relations specialist with the Automobile Club of Southern California, told City News Service.

The streak of increases followed a 98-day streak of decreases totaling $1.342 that began the day after the record high was set.