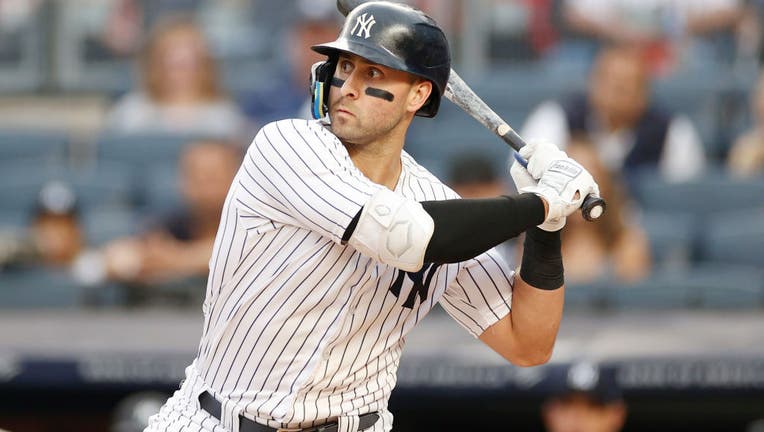 NEW YORK, NEW YORK - JUNE 02: Joey Gallo #13 of the New York Yankees at bat during the first inning of Game Two of a doubleheader against the Los Angeles Angels at Yankee Stadium on June 02, 2022 in the Bronx borough of New York City. (Photo by Sarah

NEW YORK - Joey Gallo’s unproductive tenure with the New York Yankees ended when he was traded to the Los Angeles Dodgers on Tuesday for minor league right-hander Clayton Beeter.

The 28-year-old outfielder was acquired from Texas on July 29 last year and hit .159 for the Yankees with 25 homers, 46 RBIs and 194 strikeouts in 421 at-bats. He was booed repeatedly by fans at Yankee Stadium, lost playing time in recent weeks to Matt Carpenter and became superfluous when New York acquired Andrew Benintendi from Kansas City last week.