Friends and neighbors left flowers at the spot where a 66-year-old woman and her dog were both stabbed to death.

SAN DIMAS, Calif. - One after another, a steady stream of people left flowers at the spot where 66-year-old Jeanne Edgar and her dog were both stabbed to death.

According to witnesses, a "deranged man" with a knife had already tried to attack another person at Lone Hills Park in San Dimas, where Edgar was walking her dog.

His first intended victim was a man who was heading to the park’s bathroom. When the suspect, 23-year-old Ricardo Saldivar, approached him, the man ran to his truck to get away. But the man got out of the truck when he saw Saldivar grab Edgar's dog. 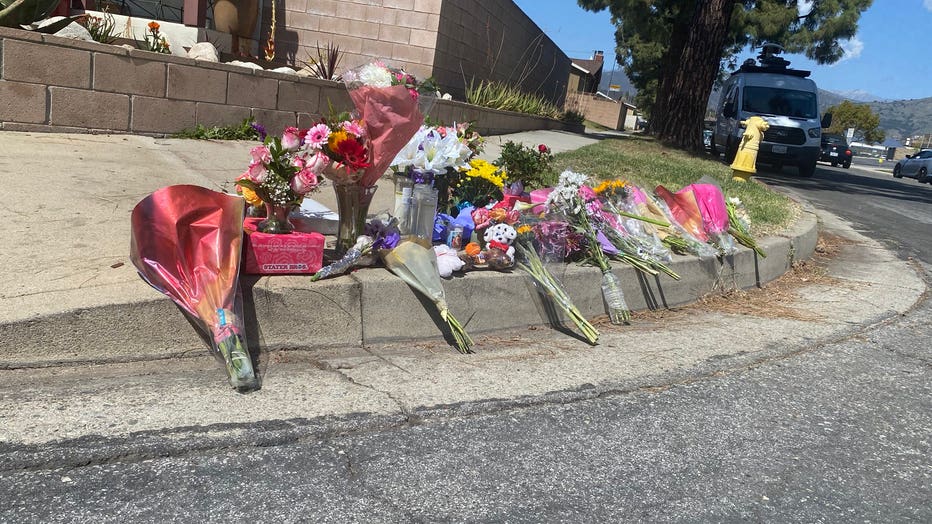 Edgar tried to rescue the dog but both she and her pup were ultimately stabbed to death. The man threw a large rock at the suspect, knocking him out, but not before Edgar and her dog were both dead.

"She was just such a warm-hearted, wonderful person," friends and neighbors tell FOX 11.

We hear "This is so crazy" again and again, from people stopping by to drop off flowers at the spot where she died. The park is usually safe and quite popular.

Investigators say the attack seems to be completely random, but many are afraid.

"People are crazy," says one park-goer, who joins others insisting they have never felt any threat at the park.

Saldivar is being treated for head injuries and is now being held on a $2 million bond. He will appear in court on Monday, March 29.